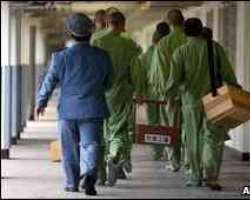 Japan's justice system has a 99% conviction rate
A Japanese man who spent 17 years in jail for the murder of a four-year-old girl has been acquitted at a retrial.

Toshikazu Sugaya, 63, was released last year after fresh tests showed that evidence found at the murder scene did not match his DNA.

He had admitted to the crime but later retracted his statement, saying it was made under duress.

Judge Masanobu Sato said that Mr Sugaya had made a false confession after being subject to harsh police interrogation.

The judge said that Mr Sugaya had not been told that he could consult with a lawyer or that he had the right to remain silent.

“'I feel sorry as a judge that we did not listen to Mr Sugaya's truthful voice, and as a result, took away his freedom for 17 and a half years,” he said.

Complete innocence
Human rights groups have long criticised Japan's system of interrogations, where suspects can be detained and questioned for up to 23 days without the presence of a lawyer.

The justice system relies heavily on confessions and has a conviction rate of 99%. Amnesty International says that interrogation methods can include beatings, intimidation, sleep deprivation and all-day questioning.

Speaking after the court proceedings, Justice Minister Keiko Chiba said that the government would look at whether interrogations should be filmed.

“It is necessary to systematically and legally review evidence examination while considering [the appropriateness of introducing] videotaping of the interrogation process,” she told journalists.

Mr Sugaya said that the court's formal acquittal had filled him with emotion.

”I feel completely different today from yesterday,” Kyodo news agency quoted him as saying. ”I feel refreshed by the verdict of complete innocence.”