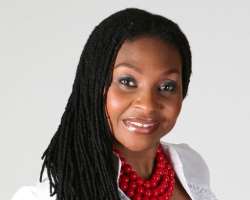 South African Superstar and Legendary Singer, YVONNE CHAKA CHAKA will be in London next week. Ms Chaka Chaka, who is a UNICEF & Roll Back Malaria Goodwill Ambassador and Founder of Princess of Africa Foundation will hold the London premiere of her film: "A MOTHERLAND TOUR: A Journey of African Women with Yvonne Chaka Chaka" which will be screened in the wings of the 58th BFI London Film Festival.

Ms Chaka Chaka will also be a Keynote Speaker at the Conference on “AFRICA RISING: THE ROLE OF THE DIAPSORA AFRICAN WOMAN”, which will be hosted by the Rt. Hon. Baroness Verma, Under Secretary of State for Energy and Climate Change at the House of Lords, Westminster Houses of Parliament on Thursday 2nd October 2014.


The Women's Conference will discuss the role of women in the rise of Africa, with special focus on the need for the Diaspora African Woman to constructively engage with the current exciting and transformative moment in Africa's history. The Conference aims to provide delegates an opportunity to gain insight and join discussions about the realities, obligations, obstacles and opportunities for the Diaspora African Woman in Africa Rising.


The Conference has been convened by members of the “POWER 14″, who include Justina Mutale, Founder & CEO of POSITIVE RUNWAY, who is also African Woman of the Year 2012 and Gender Equality Ambassador & Spokesperson for the International Women's Think Tank; Jacqueline Onalo, Human Rights and Immigration Lawyer at R. Spio & Company Solicitors and a trustee of Community Development Initiatives (CDI); and Deborah Owhin, Gender Equality Specialist and Founder of Made Equal, a vision to engage, educate and empower people in their 20s and 30s in the campaign to eradicate gender inequality.

“It is hoped that this Conference can provide an avenue for understanding and paving a way for African women, including those in the Diaspora, to play an integral part in the rise of the continent in the wake of Africa's changing political, environmental; economic and social landscape; as well as in the United Nations Post-2015 Sustainable Development Agenda”. Says Justina Mutale.


“African women have to continue to increase their input into policy development and large scale businesses across Africa and in the Diaspora as the outputs have a direct impact on societies. This means breaking out from traditional preconceived areas of engagement such as gender development, micro business etc to mainstream areas such as macroeconomics and health”. Says Dr Titilola Banjoko

The Conference will be followed by the Private Screening of Yvonne's Film, which is based on women's health and empowerment. The filmtells the inspirational story of African women who are making a positive impact on the health of their communities. In the film, Yvonne travels through Africa meeting courageous women who are changing lives. As each story unfolds, so does a powerful message: “Health is not a luxury of the few, but an inalienable right for all”.


By following Yvonne on this journey, audiences will hear the voices of the marginalised women and communities empowered by hope, which may not only lift viewers' spirits but also raise voices against the disparities that still exist around the world. This film is a call to action for nations to honour their commitments to improve the health of all Africans, especially women and children in meeting the Health Millennium Development Goals.

The Conference is organised by members of the “POWER 14”in association with the Universal Peace Federation.

The “POWER 14″ is a consortium of African Diaspora Women Leaders selected for their phenomenal leadership qualities and achievements in community development. The “POWER 14″ are part of the top 100 Diaspora ChangeMakers Network, a project by the Royal Society of Arts with support from DfID's Common Grounds Initiative, Comic Relief and Unbound Philanthropy, that seeks to identify and bring together the UK's most promising individuals of African origin with a desire to support African communities in the UK and Africa.