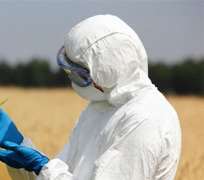 I know you already have your reservations against my caption, but you might want to keep them under bucket until you get to the end of this article, just follow closely and let's review this together. Towards the end of last month a deadly and very contagious disease EVD (EBOLA virus disease) was said to have resurfaced after some patients started showing the symptoms' again.

The deadly disease known to have started way back as at the 70's has found its way amongst humans again and this time more effectively. The substantiation of all the stories there is about this disease is barely my business, but how the government of Nigeria, known to take advantage of any situation, especially negative, for their political and selfish gains, may have gotten into this global pandemonium to sieve out the gold that might be imbedded in the outbreak of this disease.

Nigerians are known to deal with situation of the moment and have a tendency of forgetting previous national events if introduced to new ones. As far as I'm concerned, facts and figures might be right about the swift spread of EVD but not even a blind man is ignorant of the Political devices thoroughly aimed at the masses the government is suppose to serve just to create an unsettled atmosphere perfect for them to strike their strategies.

Just recently, the tag #Bring back our girls became almost as popular as the name Jesus, but because of our lack of focus as a people and a nation, we've lost focal point of “that” national event and has moved forward into #Ebola, irrespective of how the story of the over 200 Chibok girls ends. Now grants and supports are being given from health organization around the world to contain this dreadful disease and the good news is Nigerian government received a large sum of the support given except that they've used it to build under average facilities and spread unnecessary panic.

I like the fact that everyone should wash their hands and do more healthy exercise. It's good, I mean people should be clean but In my candid opinion, the government has found a ground to shift our focus off the Chibok girls that are somewhere within the country, hopefully, living under torment and forced doctrines of their abductors. Guess what, this Ebola is strong enough to scare the whole world but won't stop the campaign exercise(s) of our political leaders who are almost not concerned. As a matter of fact, the number of fliers and publicity given to the masses concerning Ebola is not close to the publicity they've given to political aspirants for the election that is still a year away.

Secondly, the government is proposing to stop gatherings where this contagious disease can find an opportunity. Churches, schools etc are being advised to stop meeting to contain Ebola, but there is no gathering as much as the kind of crowd we have during campaigns, if the government is serious about containing this disease, the first measure is to stop campaigns that have the highest plausibility of spreading Ebola.

The government will not be moved by this observation, but as a nation, we have a choice not to move in the direction this government known for treating situations trivially and milking out all there is available to fill their pockets and gain more power. We have an option to still help the Chibok girls raise a voice of freedom and help their families smile again.

Not a sentence in this article have I mentioned that Ebola is not real and have I opposed the facts, but this disease in the hands of Nigerian government is just another opportunity to break higher political grounds and shift our attention away from the problems we were dealing with before the outbreak of EBOLA. Spread the news, make some noise about this, we refuse to be gullible again, because what will eventually happen is, this Ebola disease will be contained, maybe or maybe not, but the government won't stop to oppress us with their selfish agendas. My advice “FOCUS” PEOPLE OF NIGERIA.