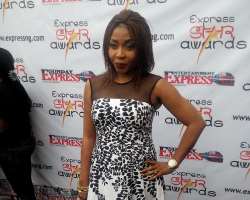 Pretty Nollywood actress, Benita Nzeribe, has disclosed to Nollywoodgists.com that she is not ready to go into film production despite the fact that she is in position to do that.

The actress said though some of her colleagues are already into filmmaking, which serves as a means of telling their own stories for people to learn from, she wishes not to join the bandwagon. According to her, she has her own way of giving back to the society.

Talking about her relationship, the exquisite actress disclosed that though she is not yet married, however, she has been spotted by a lucky man.