Nigeria netted in private investment worth N28t in 4years – FG 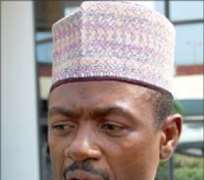 The federal government has disclosed that it has overshot its private sector investments target of N13 trillion by over 100 per cent as private businesses have now invested more than N28 trillion in the country between 2010 and 2013.

Minister of Information, Labaran Maku, disclosed this to State House correspondents at the end of the Federal Executive Council (FEC) meeting which was dedicated to reviewing the First Implementation Plan for Vision 2020 agenda. He said this achievement has only confirmed that â€Žthe President Goodluck Jonathan’s macroeconomic policies, as encapsulated in the first implementation plan, were recording appreciable results.

The Minister also declared that with Nigeria now the 26th largest economy in the world, up from 30th position in 2009, the quest to make it world’s 20th biggest economy in 2020 is achievable.

This is moreso as the second implementation plan being scheduled for 2017 to 2020 is being vigorously worked on for approval by the FEC, Maku said.

The Information Minister who was accompanied by the Minister of Culture, Tourism and National Orientation, Edem Duke said, “Today’s council was devoted to the review of the implementation of first development plan of the Vision 2020.


“The report is very rich and it shows very clearly that the President has achieved significantly the goals set out in the first implementation plan. And not only in terms of sectors review which shows clearly â€Žthe progress we have made in agriculture, in the economy, in industry, in in-flow of investment.


“One of the highlight of what we saw today was that under this period because of the present reforms that were really encapsulated â€Žin the take-off of the first national implementation, we have overshut by more than 100 per cent. The in flow of private sector investments in the economy we targeted  that we needed N13 trillion investment plan by the private sector to be able to reach our goals in the first plan.  But the initial report we saw today was that the private sector actually invested over N28 trillion in the economy in the period between 2010 and 2013.â€Ž Which was over  100 per cent above the initial target of N13 trillion.


“We are now 26 from 30 when we started in 2010. This shows that by the time we now implement  the second plan which we are already working on between 2013 and 2017, we will be itching closer to the 20th position on the global economy by the size of GDP. And by the time we cross over from 2017 to 2030  all things being equal this nation will realise it’s dream of being among the 20 largest economy of GDP by 2020.


“The report we are reviewing is showing clearly that in terms of infrastructure particularly roads, railway, we are achieving lot, a lot of progress is being made. The details will be announced in the next two weeks.


“And this will cut across â€Žsectors, reforms that have taken place in all the key sectors and how those reforms have impacted on the economy in terms of growth in GDPâ€Ž, investments, job opportunities that have been created.


“The report also shows inflation  has come down. We were almost double digits by 2010 but now we are slightly below eight per cent in terms of consumer inflation. And this also shows that the micro economic policies of government are working and the idea of bringing down inflation is to stabilise economic growth and eventually bring down interest rate. This will come as we drive the implementation of the transformation agenda forward.


“It is so evident and heart warming that if we continue, the progress we have made in the last three years we believe â€Žwhat is being done through the Economic Management Team â€Žto ensure that the economy is properly managed and the micro economic policies that have been implemented so far on the deep reforms, we assure this country is moving, and we will ensure it continues to move not only as the number one economy in Africa but to join the league of advance economies in the world”.