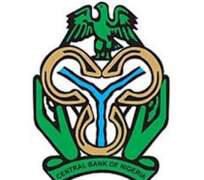 The Central Bank of Nigeria has ordered Deposit Money Banks to refund illegal fees charged customers over a period of one year within 30 days or face severe penalties.

The order, contained in a circular dated June 12, was signed by the Director, Financial Policy and Regulation Department, CBN, Mr. Franklin Ahonkhai.

The apex bank said some banks had been overcharging customers on the Commission on Turnover in the last few months, while some lenders had also imposed illegal maintenance fees on the CoT-free accounts.

In a circular posted on the central bank's website on Thursday, titled, 'Implementation of the revised guide to bank charges -Commission on Turnover', it said: 'It will be recalled that the CBN, in conjunction with the Bankers' Committee, issued the revised guide to bank charges (the guide) on March 27, 2013. The guide sought to standardise charges for various products and services offered by banks.

'Section 3.1 of the guide provides that Commission on Turnover is negotiable subject to maximum of N3 per mille in 2013; N2 per mille (that is N1000) in 2014; N1 per mille in 2015; and that no CoT will be charges from 2016. Information available to the CBN indicates that some banks are still charging the CoT at the rate of N3 per mille, which was the agreed rate for 2013.'

The circular further stated, 'The CBN hereby reiterates that the maximum CoT allowed by the guide for 2014 is N2 per mille. Consequently, all banks that have charged excess CoT since the effective date of the guide are hereby required to refund same to the affected customers not later than 30 days from the date if this circular.

'Our attention has been drawn to the practice by some banks of charging fees which are alien to the guide. For example, some banks offer accounts that are supposedly CoT-free but impose a maintenance fee or similar fee - a fee not covered by the guide.'