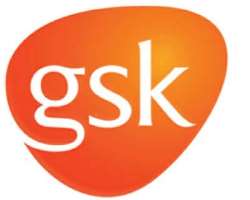 GlaxoSmithKline Consumer Nigeria [GSK] is maintaining a continuing growth in revenue but profit capacity has continued to weaken. Profit growth lacked well behind sales revenue improvement last year and the development seems set to be repeated in the current year. Decelerating revenue and shrinking profit margin have been the key developments in the company's earnings reports since last year.

Profit margin declined for the pharmaceuticals company in 2013 and first quarter outing this year has brought it down further to the lowest level in many years. Unless profit margin improves from its first quarter level, the company may end the current financial year with the lowest profit figure in three years. Marginal improvement in profit in 2013 could give way to a decline if the first quarter growth rate fails to improve.

Mr. Chidi Okoro, the company's managing director/chief executive officer apparently knows what to do to step up earnings growth. He is a business turn around strategist and the 2007 winner of the GSK Consumer International's award given to people who have clearly demonstrated an individual contribution in turning around a poor performance into positive growth.

Revenue growth is stable for the company at N7.80 billion at the end of the first quarter. That is an increase of 12.6% year-on-year in a difficult market and better than the growth of 8.4% recorded in the corresponding quarter last year. Based on the first quarter growth rate, the company is forecast to gross N32.2 billion at full year.

The forecast revenue will be an increase of 10.3% over the full year figure of N29.18 billion in 2013. It will however be a slow down from the growth of 15.3% in turnover the company achieved last year. Revenue growth has nevertheless been sustained over the past five years, as the company's household product names enable it to defend its industry leading market share.

The company's first quarter operations ended with a net profit of about N610 million. This represents a marginal improvement of 2.2% over the corresponding figure in 2013. If the first quarter growth rate is maintained to full year, the company is expected to close the year with a net profit figure of N2.62 billion. This will be a decline of 10.3% from the closing profit figure of N2.92 billion in 2013.

Earnings per share amounted to 64 kobo at the end of the first quarter, marginally up from 62 kobo in the corresponding period last year. Full year earnings per share is projected at N2.72 for GSK in 2014. This will be a decline from the N3.05 per share recorded in 2013.

The company recorded only a marginal improvement of 3.4% in net profit in 2013, showing a sharp slow down from the growth of 22.6% in the preceding year. The company has maintained a continuing growth in profit in the past five years. This year however it faces the challenges of revenue slow down and further loss in profit margin.

The pressure on profit margin is coming from both cost increases and some earnings disappointments. Cost of sales grew slightly ahead of sales revenue at the end of 2013 at 16.6% against 15.3%, which lowered gross profit margin. Administrative cost rose more than three times as fast as sales revenue at 48.2% during the same period while other operating cost surged ahead by 184.3%. At the same time, other operating income fell by 39% and interest income dropped by 18.4%.

For the company to keep profit from declining this year, management has to step up earnings growth in the remaining part of the year. If it is able to defend profit margin at the 10% recorded in 2013, it could achieve a net profit of N3.2 at the end of this year based on the projected sales revenue. To attain that profit level will require an average of N863 million net profit in each of the remaining three quarters.

GSK is paying a cash dividend of N1.30 per share for its 2013 operations. Its register of shareholders closed between 16th â€' 22nd May while payment will be made on 12th June 2014.