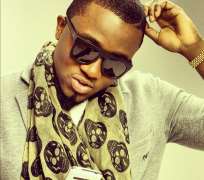 Nigerian rap artiste, Ice Prince Zamani, has disclosed that he is not yet ready for marriage as he has a lot of things to still achieve before settling down with a woman.

The Chocolate City artiste stated that he needs to make more money and possibly build a house in Banana Island area of Lagos before taking a woman home.

Ice Prince, 27, pointed out that he does not have a brother or mentor who got married at the age of 27 and as such, still has five more years to think of marriage.

'I am just 27 years old. I don't have any brother or mentor that got married at 27. So, I have about five years to go. I have to make more money and build a house in Banana Island before I take a woman home," Ice Prince reportedly said.

He added that he does not mind the size of the lady, all he wants from the woman is honesty.