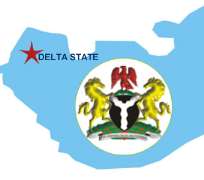 BEVERLY HILLS, CA, May 30, (THEWILL) â€' The Delta State Government has assured that the N8billion Warri and Asaba Flyovers currently under construction would be completed by December.

The State Works Commissioner, Hon Funkekeme Solomon, who allayed this fear said the state government was doing everythIng possible to 'finish strong' in area of infrastructural development which includes building of roads and bridges.

He said the completed roads and bridges as well as those still under construction in the state are part of the renewed efforts by the state government to actualise its 'Delta Beyond Oil' agenda and its 'finish strong' mantra which every member of the state cabinet has since keyed into.

Funkekeme, who spoke about the massive construction work ongoing in the state, said his Ministry has the mandate to ensure that it delivered dependable roads network that will aid development in the state.

Currently, about 199 roads of over a total length of 3, 000 kilometres as well as drainages have been completed while 71 still ongoing and at various stages of completion, he disclosed.

Funkekeme, whose Ministry supervises every civil works in the state including the ones done by other ministries, said government was keen about its urban and rural road transportation system to ease the evacuation of agricultural products, movement of goods and services including personnel from one point to the other.

He said Delta State, unlike many other states, has many urban centres that needed to be developed, stressing that the only challenges the state has is inadequate funding.

The Works Commissioner also spoke about the rural integration programme as well as urbanisation of the cities centres as way of attracting investors to the state.

He disclosed that the ministry has taken those steps so as to aid and assist Governor Uduaghan's vision of leaving behind a legacy of dependable and sustainable roads networks that will assist Delta State to a point where if there are no more oil resources, Delta can still attract investors and they can have its confidence.

'It is of paramount interest to note that the ministry has also started many projects like flyovers; it has one in Asaba, and the other at Effurun-Sapele roundabout.

'The ministry is also planning to start one around Avenue/Airport road and so much progress are being made with the hope that December, the one in Asaba and that of Effurun will be completed for use by Deltans.

'The two flyovers are about N8 billion and billions of naira has been spent on roads alone across the state.Parts of these monies we have spent on federal roads of which we are asking the Federal Government to pay us back.'

He said that the flyovers bridges would not only discongest traffic in Warri and Asaba but would raise the urbanisation standard of the cities so as to attract investors.

Speaking on the rural integration programme of the ministry, Funkekeme said the state government has opened up Omadino through a link road which is being taken just before the army- check point to link Omadino Bridge, adding that these would open up the rural communities of Omadino and to utilise the bridge effectively.

According to him the rural intergration programme has already attracted the attention of the Christian Association of Nigeria (CAN) President, Papa Ayo Oristejafor, to open a university in Omadino of which he has invited the President to do the ground breaking.

'What Governor Uduaghan has done is to provide the necessary environment for the private sector investors to move in and avail themselves of the opportunities that abound,' he added.