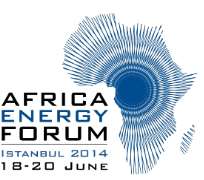 GENEVA, Switzerland, May 28, 2014/African Press Organization (APO)/ -- People in Kidal and those who had to flee the city to escape clashes between the Malian armed forces and armed groups are facing a number of serious problems. The ICRC and the Mali Red Cross are striving to help them.

Kidal's water supply was suddenly cut off after the generators that had been running well pumps were damaged. In addition, thousands of people who found refuge in the city of Gao, about 350 kilometres south of Kidal, now find themselves in desperate straits.

"Restoring the water supply in Kidal is one of our priorities," said Christoph Luedi, head of the ICRC delegation in Mali. "The situation of displaced people has been made worse by the circumstances in which they were forced to leave their homes. Most had to flee quickly, leaving everything behind, and now it's hard for them to meet their basic needs."

Restoring the flow of water to Kidal

"To make safe drinking water available again to people in Kidal, our staff restored to working order the five generators that had broken down," said Abdoule-Karim Diomande, in charge of the ICRC's water and habitat programme in Mali. "This will make it possible to resume pumping water from wells that supply around 300,000 litres every day."

To respond to the most urgent needs of the people who fled Kidal for Gao, the Mali Red Cross and the ICRC distributed more than 55 tonnes of food to around 4,450 people, some 1,800 of whom were also given tarpaulins, insecticide-treated mosquito nets, sleeping mats, blankets, kitchen utensils, buckets, clothing and hygiene items.

"We're providing what is most urgently needed," said Jules Amoti, who coordinates the ICRC's economic security activities in Mali. "We're also preparing a similar distribution for more than 5,000 residents of Kidal."

A total of 69 casualties have so far been treated by an ICRC medical team working in Gao Regional Hospital. Eleven of the patients are still hospitalized and receiving surgical treatment.

"Most of the patients are victims of gunshot injuries requiring surgery," said Kathrine Zimmermann, in charge of the ICRC's health-care activities in Mali. "To boost our set-up in Gao, four tonnes of medical supplies will arrive within the next few days. A surgeon and a nurse will also be coming."

Visiting people detained in connection with the fighting

On 22 and 23 May, ICRC delegates visited people arrested in connection with recent clashes and detained in Kidal by the High Council for the Unity of Azawad or by the National Movement for the Liberation of Azawad. Emergency relief items were distributed, and arrangements were made for detainees who had not yet been able to contact their families to call them by telephone.

Visits of this kind, which the ICRC hopes to be able to repeat in the coming days, aim to ensure that the people are held and treated humanely.