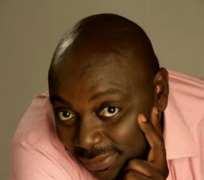 Movie lovers has been wagging their tongue for few weeks now after information went viral that the Nigeria Film and Video Censors Board (NFVCB), led by Patricia Bala has been withholding the release of the award winning film titled, Half of A Yellow Sun, and the question is, what is actually the reason behind it, the film has been viewed in Canada and other countries of the world.

The former National President of Actors' Guild of Nigeria (AGN), and veteran actor Segun Arinze is really bitter about this situation as the movie has been longed due for release, the actor has raised his voice high demanding for the release of the film. Mr Arinze lamented that people who are close to Madam Bala should beg her to release the film, as she has no concrete reason to ban the film.

He stated: "Please tell Madam Patricia Bala of Nigeria Film and Video Censors Board, to release the movie, Half of A Yellow Sun. She has no reason to hold on to the movie. She has no right to censor the movie only to classify it.

"She saw it in Canada and even partnered with the producers in Canada during the premiere. What she is doing now is an embarrassment to government and a big insult to our dear industry Nollywood. We are not in a military regime. She should kindly resign." - Segun Arinze