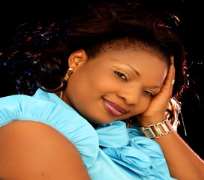 Laide Bakare is an indigene of Ibadan, in Oyo State. Her sojourn in the Yoruba movie sector started in the late nineties when she shot her first movie titled 'Adeyemi' in 1999. The public acceptance of her

first work gave her the encouragement to launch fully into acting, even after obtaining two degrees from the University of Ibadan and the University of Lagos. In this interview with RONKE KEHINDE and ADETUTU BALOGUN, she talks about how her next movie 'Demilade' has gulped N7million so far; how she met her husband and the most embarrassing thing a fan told her.

What are you working on right now?
I'm working on my next movie. It will be out very shortly. The title is 'Demilade'. It's a huge project. It has gulped almost N7million and we are still spending. We are trying to make a change with our movie in terms of technicality and good story line. One is trying to deviate from the usual norm to do something else. The story is about what ladies go through when choosing a life partner. There is distraction here and there, there is confusion, you are not so sure of what or who to choose. The story is about the agony of ladies when choosing a life partner. The African mentality is that husband is the crown of every woman. A woman that is married is glad and proud that she has husband of her own. But choosing that man is a challenge. It cuts across everybody, male and female. We've gone so far on it. We've shot the music video of the sound track; we've shown the video round.

When should we be expecting it in the market?
Very soon. We are on post production. We are just putting finishing touches to it.

What was your childhood dream?
My father used to travel a lot and every time he comes, he'll come with video camera. Any celebration in our house then we record it, no matter how small. The following day we watch the video, we were always very excited to see every move we made on video. We were always on one video or the other. So from their I began to like video camera. Sometimes I would stay in front of the camera and start posing, and other times I mimicked what I saw some actresses do on the screen. There were camera crews who used to come to our house to take the camera for occasions. I told myself I don't mind working with these cameras. I knew I can do what actors and actresses are doing on the screen. I knew I was talented, I knew I could cry anytime I wanted, I could laugh anytime I wanted, I could be nasty, and I could be nice. Fortunately my dad has an hotel in Ibadan, where these artists come for film shooting. There was one particular shooting that coincided with my Dad's birthday. We all gathered, all the families were there. So they needed my help for my Dad's sitting room, bed room, his cars, I was making those things available for them. Today the rest is history. I was given my first opportunity there and then. Then, I had already gotten admission to study theater arts at the University of Ibadan. So, I thought since I was going to do the theoretical part of it, let me do the practical. Everybody was like you've got the face, you can act, go ahead.

What was your first film?
It was titled Adeyemi, it was shot in 1999.

What is that movie that brought you to limelight?
I can't really say. At a time I stared in five movies, and people began to appreciate me anywhere I go. I never knew I was a star, and I was like so they know me. When they greet me, I sometimes find it difficult to answer because I don't know them. Some people will tell me we saw you in movies you act so well. I was like: oh so they now recognise me. Those movies at that time were Ojo eye, (Glorious day) by Rotimi Makinde, Adeyemi by Muka Ray and a whole lot of others.

Why are you only in Yoruba Movies, why don't you feature in English movies as well like some artists are doing?
I started with Yoruba movies, I made contacts first in Yoruba sector; they appreciate me most in that sector. I'm a Yoruba. I got hooked up with Yoruba movies and I was busy, and at the same time I was a student, I didn't have time to be hunting for any other audition anywhere else. I know that Yoruba movie sector is better than any other sector.

Why did you say that?
They are also doing good job, but as a producer I know which one is better in terms of story line, professionalism and what have you. I can do English movie anytime I'm ready but now I'm not yet ready for it.

What is the most embarrassing thing a fan has done to you?
When some people see me they say: 'So you're not tall'. I never knew you are short. I find that embarrassing because I love tall people myself.

Is your husbadn tall?
Yes, he is a tall man.

How do you unwind?
I actually unwind while doing my work, and I love to watch TV a lot.

Share with us some of the most memorable day of your life?
There are so many like the day I met my husband, the day I got married, the day I had my daughter, a day to the death of my dad and so on.

How and when did you meet your husband?
We met at the Airport, when I was traveling to Taraba State for my NYSC. He was my friend's elder brother, he came from the States. He was to leave two days later. He came to drop his brother at the airport. When we were chatting, we were not really happy going to Taraba State. It was like we didn't know where we were going. He was encouraging us that we will enjoy it. He said during his own time he was like us, but when he got there he later enjoyed it and so on. After that he kept calling me at the camp, he would ask my friend to come and give the phone to me.

Where did he serve?
He served at Benue State

If you are not acting what else do you think you will be doing?
I love business. Presently I have a Boutique and I also deal with automobiles.

What is your position in your family?
I'm the sixth born of nine children, from two wives.