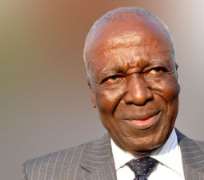 The National Conference resumed plenary on Monday to receive reports of the 20 Standing Committees assigned to handle 'critical national issues'.

14 committees submitted their reports, while six were outstanding and expected to submit them to the plenary on Tuesday.

Others are, Science, Technology and Development; Public Service; Foreign Policy and Diaspora Matters; Religion; and Land Tenure and Boundary Matters.

The committees on Political Restructuring and Forms of Government; and Public Finance and Revenue Matters later submitted their reports in the afternoon.

The seven committees that were yet to submit their reports include Transportation; Devolution of Power; and Civil Society, Labour, Sports, Economy, Trade and Investment; Agriculture; Political Parties and Electoral Matters.

The Conference Secretary, Dr Valerie Azinge, told delegates that the reports that had been submitted to the secretariat would be distributed to all delegates ahead of Wednesday's sitting.

Azinge explained that some of the reports submitted at the plenary had not been submitted to the secretariat.

According to her, reports of four committees will be discussed on Monday.

She asked those who want to speak for or against any of the reports to indicate by submitting their names to the secretariat.  (NAN)