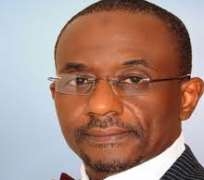 The Financial Reporting Council of Nigeria (FRCN) has resorted to Appeal Court to seek a superior interpretation of the law on its powers to investigate the financial alleged financial improprieties of the suspended Governor of the Central Bank of Nigeria (CBN), Mr Sanusi Lamido Sanusi.

The council appealed against the judgement of a Federal High Court in Lagos which restrained the FRCN from investigating the suspended governor of Central Bank of Nigeria (CBN), Mallam Sanusi Lamido Sanusi.

Justice John Tsoho of the court had on May 12, 2014 stopped the council from going ahead with the investigation of the CBN governor.

The council's main ground of appeal is that the high court lacked the jurisdiction to entertain the case in the first instance.

In a notice of appeal filed before the Court of Appeal in  Lagos, the FRCN is arguing that the trial court erred in law by assuming jurisdiction in the case contrary to Sections 28 and 66 of the FRC Act, 2011.

FRCN also faulted the decision of the court in relying on Exhibit 1 (Briefing Note) which the court had earlier declared to be inadmissible.

The FRCN further wants the appellate court to note that while the lower court held that the council exceeded its powers, it did not define the limits of the council's power.

No date has been fixed for the hearing of the appeal.