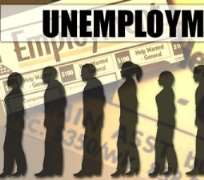 Succour may soon come to unemployed graduates in Nigeria if the recommendation of one of the committees at the ongoing National Conference is accepted at the plenary and by the Federal Government.

Our correspondent learnt that the conference's Committee on Law, Judiciary, Human Rights and Legal Reform had recommended that each unemployed graduate should be paid a monthly allowance equivalent to the allowance of members of the National Youth Service Corps.

Presently, the Federal Government pays each corps member a monthly allowance of N19,800

A member of the committee said the recommendation was one of the ways the committee members felt that crime could be reduced in the country.

Apart from that, the source said the members felt that the action would force the Federal Government to be alive to its responsibility of providing welfare to its citizens.

The committee member, who asked not to be named, said, 'The recommendation is our own way of finding solutions to the rising wave of crime in the country and to also force the government to do the needful for the increasing number of unemployed graduates in the country.

'We have done our part and it is left for the delegates to either reject or accept it at plenary.' Punch