Prize Promotes Strongest New Stories From Across The Commonwealth
By ModernGhana 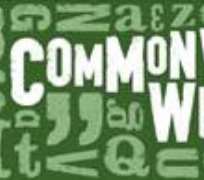 Five regional winners of the Prize from Africa, Asia, Canada and Europe, Caribbean, and the Pacific, will compete with each other to become the overall winner, who will be announced in Kampala, Uganda, on 13 June. This will coincide with a series of Commonwealth Writers initiatives in East Africa.

“Whilst recognising craft and excellence, the judges were equally impressed by stories which transported us in place and time and thrilled us with language that felt original. In the end, the stories that impressed us the most were those that took risks – in subject and style. From Australia, we chose an episodic and poetic exploration of a man surviving a troubled childhood; from Guyana, a fresh telling of the familiar story of diaspora and loss. A dazzlingly accomplished, yet understated story from Ireland focuses on one girl's private anxieties during the Troubles; the lives of history's forgotten victims are explored in a story from Singapore and from Uganda comes a bold, compact story about betrayal and the pull of tradition.”

“For the first time we have an all-female list of regional winners which includes genuinely less heard voices. Thanks to our judges and partners, we are now working to develop and promote these writers across the world.”

Commonwealth Writers has partnered with Granta magazine to give the regional winners of the Commonwealth Short Story Prize the opportunity to be published by Granta online during the week commencing 9 June.

“Granta is thrilled to be collaborating with Commonwealth Writers for a third year, showcasing outstanding stories from around the world. Prizes like the Commonwealth Short Story are essential for introducing readers to emerging voices; we're proud to be one of the first to publish these new talents.”

Commonwealth Writers also has an association with the London-based literary and media agency Blake Friedmann, who will work with selected writers identified through the Prize.

Nnameya is the grieving widow when she arrives at Entebbe Airport from Manchester with her husband Kayita's coffin. But then events take such a dramatic turn that she must relinquish her widowhood and fight.

Jennifer Nansubuga Makumbi is a Ugandan novelist and short story writer. She studied Creative Writing at Manchester Metropolitan University. In 2012, her short story The Accidental Seaman was published in Moss Side Stories by Crocus Books. In 2013, her poems, Free Range, and Father cried in the kitchen were published in Sweet Tongues. Jennifer also has a PHD in Creative Writing from Lancaster University and her doctoral novel, The Kintu Saga, won the Kwani Manuscript Project in 2013. The novel will be published in the summer of 2014 under the title Kintu. Jennifer teaches Creative Writing at Lancaster University and is currently working on her second novel, Nnambi.

Asia
Sara Adam Ang, A Day in the Death, Singapore

Pacific
Lucy Treloar, The Dog and the Sea, Australia

The Short Story Prize is awarded for the best piece of unpublished short fiction (2000-5000 words). Regional winners will receive £2,500 and the Overall Winner will receive £5,000. Short stories translated into English from other languages are also eligible. Translators will receive additional prize money.

Commonwealth Foundation
The Commonwealth Foundation is a development organisation with an international remit and reach, uniquely situated at the interface between government and civil society. It develops the capacity of civil society to act together and learn from each other to engage with the institutions that shape people's lives. It strives for more effective, responsive and accountable governance with civil society participation, which contributes to improved development outcomes. www.commonwealthfoundation.com

Blake Friedmann
Blake Friedmann is a literary, film and television agency, representing a broad range of writers globally in both fiction and non-fiction. Their focus is on working with the most talented, dynamic and exciting writers across all genres, and the intention is always to represent writers' careers, rather than individual books or projects, and to sell those writers into as many markets, languages and media platforms as possible.

Blake Friedmann authors have won a wide variety of prestigious prizes, including the Caine Prize, the Commonwealth Prize, the Orange Prize and PEN Awards; and been shortlisted for, among others, the Man Booker Prize, Guardian First Book Prize, Theakstons Crime Novel of the Year and the Costa Book Awards. Their books have topped bestseller charts around the world, and continue to regularly appear in the Sunday Times bestseller lists.