Could Brands Be Wasting Their Money on Celebrity Endorsement? 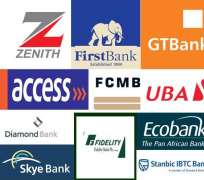 In Nigeria today, the industry that is getting more accolades now is the entertainment industry and as such, various artistes and actors, are getting one endorsement to the other from various organizations.

Questions that now come to mind is what value has these celebrity endorsement added to their various organisations? While many are of the opinion that brand ambassadors otherwise called celebrity endorsers have added some verve to their brands other simply said it was an effort in futility.

These relationships were expected to be mutually beneficial as it is in other markets but stakeholders have criticized the partnership as one sided that is favouring the endorsers that went home with fat pay cheques without bringing their supposed equity to bear on those brands they are representing.

Several incidences have brought about sudden end to celebrity/brand relationship in the world. Ben Johnson gave up his 1988 Olympic gold medal and lost a $2.8 million deal with Italian sportswear maker Diadora. Mike Tyson lost millions when Pepsi ended its endorsement deal with Tyson after his wife said he abused her. Pepsi let go of endorsement deals with Magic Johnson after he announced that he contracted HIV in 1991. Ronaldinho forfeited multi-billion dollar Coca-Cola deal when he was caught drinking Pepsi.

Well, we never can tell who benefits more. Despite the enormous benefits of celebrity endorsements, brand managers should be wary of some celebrities. The fact is that while companies need celebrities to promote their brands, there is the need to exercise a great deal of caution. Some celebrities may derogate after endorsing the brand. There can also be inconsistencies in their professional ratings. They are humans too, and can also create image problems for the brand.

Can a the face of a celebrity make you buy a particular product and as such, what value does that product add to you as a consumer, which will in turn be of value to the manufacturer?