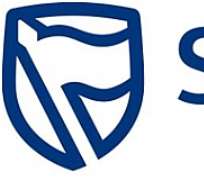 ABIDJAN, Côte d'Ivoire, May 9, 2014/African Press Organization (APO)/ -- Standard Bank (http://www.standardbank.com) plans to use its presence in the Ivory Coast (Côte d'Ivoire) to expand its service offering across the rest of Francophone Africa, which the lender believes is poised to experience an investment boom as foreign companies are lured by the region's mineral wealth and economic growth.

Africa's largest lender opened its Ivory Coast representative office in the capital city of Abidjan in November last year to service its 145 clients with operations in Francophone Africa in sectors ranging from mining, oil and gas, infrastructure, power and energy to fast moving consumer goods. Standard Bank said at the time that the investment signified a deliberate drive into West Francophone Africa due to Ivory Coast's membership of the West African Economic and Monetary Union (UEMOA), which includes Benin, Burkina Fasso, Guinea-Bissau, Mali, Mauritania, Niger, Senegal, and Togo.

“It's fair to say that we'll be using the Ivory Coast office as a launchpad into the rest of the region. Francophone West Africa is less well-known to South Africans but it cannot be ignored due to the economic potential,” said Mr Greg Goeller, Executive for Client Coverage Africa at Standard Bank's Corporate and Investment Banking unit. “The region has all the components to benefit from the next global mining and infrastructure boom, which in turn will lead to economic growth in other sectors as well. Our clients are increasing presence and exposure to West Francophone Africa and we plan to follow them.”

Ivory Coast has emerged from two decades of civil war as one of the fastest growing economies in Africa thanks to public investment in infrastructure, natural resources, the commercialisation of its agriculture sector and its rapidly emerging consumer market. The country remains the largest and most diversified economy in Francophone Africa and is also the ninth largest in all of Sub-Saharan Africa.

In addition to the countries making up the UEMOA, Standard Bank also plans to expand its focus to include the six nations that comprise the Central African Economic and Monetary Community (CEMAC), which include Cameroon, the Central African Republic, Chad, Republic of the Congo, Equatorial Guinea and Gabon. These two monetary unions (CEMAC & UEMOA) have combined populations of 148 million people and a cumulative nominal gross domestic product of US$167 billion.

Mr Goeller says these nations have the advantage in that their currency (CFA franc) is guaranteed by the French treasury while both the currencies used in the two monetary unions, the West and Central African CFA francs, are pegged to the euro.

“That gives investors a lot more stability from a currency risk point of view,” said Mr Goeller. “While language can be somewhat of a hindrance there is almost never a situation where there isn't at least one person in the room that is fully bilingual. Doing business in these countries is a lot easier than many people think but it's also getting easier every day.”

Mr Goeller says that while inward foreign direct investment (FDI) in Francophone Africa has thus far been largely linked to mining and resources, with the sector accounting for 83.9% of the total value of deals completed in Gabon, Ivory Coast, Cameroon, Guinea, Senegal, Sierra Leone and the Republic of Congo between 2008 and 2012, this is likely to change over time. Standard Bank believes that other sectors such as oil and gas, infrastructure, telecommunications, fast moving consumer goods and agriculture will increasingly attract more foreign direct investment as the economies of Francophone Africa develop.

For example, much of Francophone Africa is ideally suited to investments in hydro-electric power generation thanks to the region's topography and abundance of fast flowing rivers. Guinea began negotiations with China International Water and Electric Corporation in August 2011 on the construction of a 240 Megawatt (MW) hydroelectric facility at Kaleta, located approximately 150 km northeast of Conakry. The project is estimated to cost USD 526 million.

“Companies from South Africa and much of the Western world, with the obvious exception of France, have traditionally not played a major role in Francophone Africa,” said Mr Goeller. “However, the world simply cannot afford to ignore the economic growth potential of these countries for much longer.”

On behalf of: Standard Bank