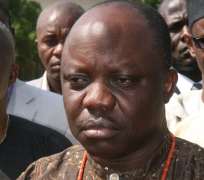 Delta State Governor, Dr Emmanuel Uduaghan has described Justice Chukwudifu Oputa as an exceptional jurist who sacrificed his time, knowledge and energy for Nigeria and the rule of law. The Governor in a reaction to the late jurist’s death, also described him as a judge who was fearless, bold and courageous, while ensuring that the rights of the poor, deprived and defenceless were further protected. The reaction is contained in a statement signed by Felix Ofou, Press Secretary to the Delta State Governor.

Uduaghan recalled some of the landmark judgements of the late Supreme Court justice, while serving on the bench which he noted have continued to stand the test of time. ”His judgements have stood the test of time and like good wine, are eternal epitaphs from which our laws draw inspiration and are admired. The philosophy and wisdom behind his judgements make them almost infallible.

The governor further recalled fond memories spent with the radical legal luminary at the instance of showbiz maestro and music legend, Charlie Boy who is the son of Justice Oputa. “Everyone knows Charlie Boy is my friend and through him I shared a special bond and relationship with the late justice who ultimately also became a father to me”, he enthused. Uduaghan said the legal profession and the entire country is affected by the death notwithstanding that he lived a fulfilled life and asked God to grant all, including the immediate family fortitude to bear the loss.