Most Fathers Are Just Husbands 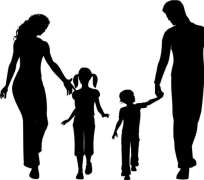 As a child, you wouldn't understand your father better till you are of the age of wisdom and reasoning. At that toddler's age all you do is look up to your father, who commands you and gives you assignments to do, but without any sense of direction of where he wants you to be in life.

Many homes are like this! He allows you to just grow-up and succeed the way your peers are succeeding or do things the way of your peers. Whether good or bad, he does not care to know; all he wants to hear or know is that you have succeeded at last.

In his estimation he has the belief that your future depends on you. Even when he is financially rich, he prefers the money in his hands at the moment than your future, because the future he knows is just the immediate.

Some might say that this is just sheer ignorance or wickedness, but whatever it is. He finds it hard to spend the money even when you are hitting your head on the ground that he should help you to higher school after your primary or perhaps secondary school, which you were the mock of the time in your class, because of the molestations you did not enjoy due to the incessant fees you were unable to pay, the patch-patch school wears you wore to school and all that.

He will not even send you to go learn handiwork or trade. Yet, you love him as a kid. But when you are of age and begin to remember where you are supposed to be had it been that he assisted you when your peers were being assisted by their fathers, that childhood love you had for him would begin to dwindle, would begin to wane, would begin to vanish and, whether you have a father, it would not be waxing passionately in your heart, as it used to wax when you were a kid.

The politics he played in raising you up would begin to glare in your own eyes, in your memory and, most times you are depressed, because you trusted your father, because that religion or that culture and tradition indoctrinated in you to love and reverence your father.

It was per second sermon that you do just that, but it was not per week or month or year sermon to your father that he should not provoke his children to anger.

As you are growing and he is aging, your love for him (out of anger) would begin to grow old, while his love for you would begin to grow very strong, because he is realizing the mistakes he had made. He wants love now; the same love he did not show to you as a kid. The house you lived in with him was like a military quarter.

Yes, he only remembers that he is your father when you have started to succeed in life, begin to make money and marry and went to higher school and begin to do those things that were his responsibilities he blatantly shied away from, you see him coming closer to you and making boasts among his peers of how he 'trained' his son to become who he has become.

Sorry, if you do not want to set your eyes on him at this period that providence is making you to succeed, you would see your mother coming to plead on his behalf for you to forgive him; your mother he severally molested and scolded when she was advising him that he should assist his children.

And if you harden your heart, you would hear your mother preaching that 'Jesus forgave all the people that offended Him' as if your father was not the first to preach Jesus to you but preferred to draw the shoddy line he seemed was the best in raising you up, as if Jesus was from your village, your town.

The memory of how your father treated you keeps living with you. If you do not begin to read books that could expunge the scars from your heart, mind and life you could be volatile and unloving all your life, you could hate humanity all your life, because you did not experience love in your immediate home, you did not know that which were supposed to be the responsibilities of a father.

All that you grew up seeing was a man who was always scolding you and barking at you without any sense of friendship existing between you and him. You have never had any discussion with him as a father. He is not your enemy and not your friend. Most times you tried to relate with him, ended up in fierce reprisals and reprimands.

Conversely, for those of you who are suffering or have suffered in the hands this type of father, Jonathan Safran Foer gives you hope in 'Extremely Loud and Incredibly Close' thus: He promised us that everything would be okay. I was a child, but I knew that everything would not be okay. That did not make my father a liar. It made him my father.