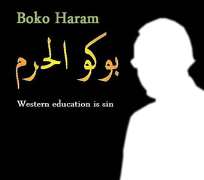 It is dishonest for anyone to pin the Boko Haram terror on the Army or Jonathan. On the other hand, credit Yar'Adua for using South-south governors to tame MEND. Many of us have called on Northern leaders, especially in Borno State to rise up against Boko Haram. It was plain the folks watching families disappeared, that rose up to fight. Only to be betrayed by the financiers. They ended up being lynched and made examples of for cooperating with kaferi soldiers.

We do not give enough credit to talikawa that risked their lives fighting Boko Haram, including fathers that turned on their sons and one brave enough to give newspaper interview. Helplessly watching school kids kidnapped from boarding schools. Instead we praised those leaders that agitated for a secular state to join organization of Muslim countries. They wanted Sharia as the law of the land. Though know well, that they are above any law, not to mention Sharia law.

Sharia, on customary courts level could be alright at the localities, as long as basic human rights were not tramped on. If it had been well implemented, people may even elect Sharia court or customary court. But religious frenzy can be easily drummed up in disguise for power. How else can we explain talikawa kidnapping, butchering and maiming talikawa rather than supporting one another against poverty hailed on them by their politicians funding Boko Haram or MEND?

Recently, Aregbesola also called on the Sultan, whose life has been threatened to lead the fight. Actually, he has a moral and religious role to play but the problem at hands calls for more than the Sultan without Jihad Army. Nevertheless, some Muslims unlike ours have declared Fatwa on terrorists to keep their countries at peace. Indeed, many of these terrorists fled those countries.

Blame Ebele all you want; he did not create Boko Haram. Finger pointers were overpowered by Frankenstein monsters they created. Ebele already has his hands full with MEND and splinter groups. Though, Boko Haram also wants the monthly allowance MEND gets. Indeed, MASSOB and OPC will follow, asking for their own shares. The same money that should be spent training and creating jobs for youths that work and play according to the rules. See demands by others

There is nothing wrong with religion itself. It is supposed to instill the fear of God and civilize us making humans better persons. We have always said that but for religion, our world would be a bad place to live. Yeah, it can get worse. Instead of making it a better place, some calculated that they have to live off the suffering of the poor and working class. They promise happiness and everlasting life in heaven if we endure, while they inherit and enjoy the earth.

Africans that should be more alert to this reality because we are still struggling to get out of economic colonialism introduced to us through religious missionaries. Nowhere is this more of a reality than in the North where talikawa looking to avenge poverty on scapegoats, adhered to religious extremists. Yet, they are taught as guerrilla fighters, no one can change it, it is written.

We also have some jokers promising they could curtail Boko Haram in a month, if elected. One of the untouchables wanted a free hand, to quashed Boko Haram or resign. Even if they have magic wands, only traitors will wait until their houses burn down before they put out the fire. All hands should be on deck regardless of party, religious or ethnic sympathies.

As for those that rightly or wrongly postulated that Boko Haram controls the Army. We know that there is no unit or organization, secret or open that can never be infiltrated by spies and traitors. Any branch of the Armed Forces can be infiltrated. Even Armed robbers infiltrated the Police and the Army while some of them specialized in renting arms to hoodlums, OBJ cried out. It is a reason to be more vigilant as some bona fide members would certainly turn rogues.

It was not too long ago we had arrogant soldiers claiming only members of the Armed Forces can rule effectively in African countries; bloody civilians could not effectively curb dangerous criminals and religious extremists. When anyone could get arms in the world markets, the same bloody civilians and armed robbers got trained but military alone could not curb them. Indeed, military leaders confessed that it could not be solved just by military means.

We need fairness, justice and religious tolerance on board as well. You see, we all romanticize with the good old days, but it was not good for the working class, women and child labor or abuse. Believe it or not, many people cannot see the connections between ultra conservatives and religions in the name of God. Did God send anyone to kidnap adolescence girls from school?

Pakistan is in full fledge showdown with terrorists, India had to invade the holiest Mosque to fish out the terrorists and Saudi Arabia will not tolerate any radical extremist in their Country. They find Saudi Arabia so uncomfortable; they have to establish bases in weak foreign countries. At some point, nothing can satisfy terrorists, they want power and control. They dream of times in Jesus and Mohamed days. So, Christian and Muslim conservatives have so much in common.

They forget that the Arch Bishop of Canterbury or the King of England does not rule anymore, that the feudal lords and systems have gone with the ages. But conservatives as Christian Rights and Muslim fundamentalists are trying to find their ways back either by killing human rights, voting rights, union rights or women and children rights. They make promises to get elected in a subtle manner and the people that put them in power only regret after the fact, as in Egypt.

Abeg, Ebele has enough blame to deal with but neither Army nor him created Boko Haram. It is a shame when locals complain that their oppressors came in Army uniform to kill them. This is a country known for its peace keeping skills worldwide. Blessed with many ethnic groups that can be sent to anywhere in the country, neutral to local conflicts. Who sent offending ethnic group?