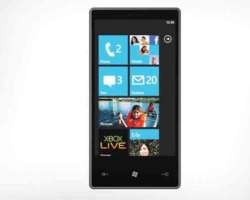 The Windows Mobile 7
By Adegboyega Laniyan
March 17, 2010 12:38AM
Hats off to Microsoft – a company that many of us had written off in the mobile phone market has come trumps up with a new operating system and fresh approach to the mobile platform that could, for the first time in a very long time, give Apple and Google something to worry about.

Windows Phone 7 Series is a clunky name for this software platform, but almost everything else about it is slick, well designed and refreshingly different.

Forget everything you've known about Windows mobile phones until this point — the infuriating menu system, the uninspiring design, the endless bugs; the new-look Windows Phone makes all of that seem like a bad dream.

Seven, joked Microsoft's chief executive, Steve Ballmer, might just be the company's lucky number – much in the same way Windows 7 exorcised the ghost of Vista, so too could Windows Phone 7 reignite Microsoft's ambitions in the mobile space.

The new Windows Phone interface draws heavily on the Zune, the Microsoft personal media player that has never made it to this side of the Atlantic. Rather than the flat, regimented icons of old, the new Windows Phone interface has big, bold, and over-sized graphics that bleed off the screen and dominate the page, and the whole navigation system feels fresh and lively.

Data hubs
Microsoft noted that the phone makers had to stop building devices that looked and felt like pocket personal computers. That doesn't quite explain why the home screen in Windows Phone is known as the 'Start' screen, but nonetheless, the 'Live Tiles' interface provides a neat way of accessing all of your important contacts and data.

In a welcome move, Microsoft has fallen out of love with its information silos and has instead, created 'hubs' around which relevant data is clustered.

The People hub, for instance, provides one-click access to all your contacts, pulled from across the web and arranged in a notional order of 'importance', from those friends and family you interact with most appearing further up the page, and those you contact infrequently pushed down the virtual pecking order. You can even make specific 'tiles' for your favourite people.

It's a dynamic, personalised user experience that will change over time, in real time, depending on the ebb and flow of your daily interactions. There's even a 'What's New' section, which pulls in social-networking updates from your contacts, straight from sites such as Facebook. There's no Twitter support yet – a glaring omission, but expect this to be rectified by the time the first Windows Phone launch at the end of the year.

Pictures are neatly handled too, in their own virtual gallery with plenty of linking to and from photo-sharing and social-networking profiles. The Music + Video hub is where users go to sync songs and movie files, while the Games hub is going to excite a lot of people — it syncs your Xbox Live gaming profile with the phone, complete with avatar and gaming points. Microsoft acknowledged that mobile gaming had been one of the iPhone's biggest successes, so expect to see Windows Phone becoming the closest thing we're currently going to get to a handheld Xbox 360.

The web browser – Internet Explorer needs a little work, feeling slower to render, resize and refresh pages than Safari on the iPhone.

But Windows Phone is a great showcase for Bing, which gets its own dedicated search button on all 7 Series devices – it really gets to show off its location awareness, such as suggestions for nearby places to eat and restaurant reviews. Bing Maps cleverly switches to satellite view when you zoom down to street level, knowing that you may need to know what a building or road really looks like in order to find it.

Microsoft, sensibly, has laid down strict criteria for handset makers and network operators hoping to jump on board the Windows Phone bandwagon devices will have to meet certain standards for quality and performance, and the look and feel of the Windows Phone interface will be standardised across handsets, with a Bing button and Start button on every device.

Better late than never, Microsoft. Welcome to the party.