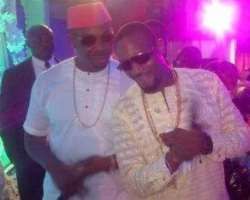 Afro pop star, D'Banj, has revealed that he will involve his former producer and partner, Don Jazzy, in the production of his next album.

The award-winning musician recently disclosed this in an interview with UK radio and TV personality, Tim Westwood. The self-acclaimed Kokomaster said he is planning to do a 'Best of D'Banj' album for his forthcoming 10th anniversary. He further disclosed that Don Jazzy will produce the album for him.

However, a date for the album release is yet to be fixed but fans can expect nothing short of a master piece.

It would be recalled that the two music heavyweights went their separate ways in 2012 after months of speculations and wild rumours.