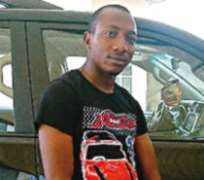 It has been a thing that has gone viral which we can't deny it doesn't happen but the truth has not yet been told on how it happens, though There has been reports by some Nollywood actresses claiming movie producers sexually harass them, demand to sleep with them before they can get roles in their movies. However a producer, Ken Okafor has spoken out to say the reverse is the case.

The movie producer went on to share his experience stating that the actresses even go to the extent of blackmailing the producer.

He said "When I was shooting my first movie, Dangerous Licence, I got a call from an actress asking me where I was. I told her I was in my hotel room. She said she really wanted to see me but I told her we would see on set the next morning as it was late at night. She insisted that it was an emergency and pleaded with me to give her the address of my hotel. Reluctantly, I gave her the address. I met her at the bar and she was seductively dressed. She said she needed to be in the movie and came to do her own audition in my room. She said she would have oral sex with me and make my night. I felt pity for her and asked why she was doing this and she said it was the way to rise in the industry. Out of pity, I cast her in my movie and urged her not to let sex become the key to her career. It was quite an awkward moment for me."

On actresses blackmailing producers in order to get roles.

"It is natural and human for a producer to find an actress attractive and ask her out for a date. What I see as sexual assault is when you are forced to accept such. Producers are constantly sexually harassed by actresses but we are always quiet about it. However, I am not denying its true existence, it happens," he said