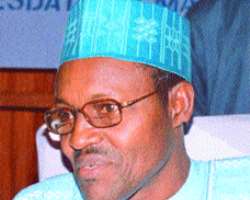 NDM and the battle for 2011
By CHINELO AGINA
Monday , March 15, 2010
Buhari
The newly-found alliance among former Head of State, Major Gen Muhammad Buhari(rtd), former Vice President, Alhaji Atiku Abubakar and former governor of Sokoto State, Attahiru Bafarwa, may have ushered in the dawn of a new era in Nigerian politics with the formation of the National Democratic Movement (NDM) by the trio.

These political heavyweights could not have been described as the best of friends during the first tenure of former President Olusegun Obasanjo, as Buhari never hid the fact that he was not in support of Obasanjo's government and everything associated with it. Events were, however, to take a new turn, when Obasanjo's quest for a Third Term pitched him against Atiku, who nursed a presidential ambition.

The drama of ambition turned around their relationship. After the 2007 presidential elections, of which Buhari, Atiku and Bafarawa lost, they decided to pull together their energies and resources to float an organisation that would oust the Peoples Democratic Party from power with the birth of the NDM.

Atiku's ambition
Atiku has never hidden his ambition to be the President. He was one of the people, who fought for the return of democratic governance in the country, and in the course of his political career, he teamed up with the late Gen. Shehu Musa Yar'Adua to form the Peoples Democratic Movement(PDM), which he later led into an alliance with other political organizations to form the Peoples Democratic Party (PDP). As a player in the politics of the north, it could undoubtedly be said that he had a large followership and a stronghold on the political structure of the PDP.

At the dawn of a new democratic dispensation in 1999, he emerged as governor in Adamawa State, but instead, he chose to be the Vice-President to former President Obasanjo, and many observers saw his emergence as a step to the realization of his dream.

However, by the end of Obasanjo's first term, it was obvious that the things that held Atiku and his boss were gradually crumbling. Indications showed that Atiku, who had a larger following in the PDP than his boss, wanted the Presidency, and was already oiling his political machinery to actualize his ambition.

By 2002, the clash of interest had reached a climax, owing to the fact that the duo nursed the same ambition. Obasanjo wanted a second term, and Atiku felt it was time for him to take a shot at the Presidency. But when the former felt that he was losing his bid for a second term against Atiku's faction within the party, he was said to have literally begged to be allowed to stand for another tenure.

Towards the end of Obasanjo's second term, it was obvious to Nigerians that he was not ready to let go and gradually, the subtle push for an amendment of the constitution that would enable political office holders an opportunity to serve for three terms began.

Buhari's exit from ANPP
The cracks in the ranks of All Nigeria Peoples Party (ANPP) became noticeable when the Governor of Kano State, Mallam Ibrahim Shekarau came on board in 2003. It was a general assumption that prior to his emergence as governor, Buhari had endorsed the candidature of Shekarau, and had used his machinery, the Buhari

Atiku
Organization to ensure that ANPP took over power from the PDP.

But in his appointments of commissioners and personal aides and in order to create and be in control of his own structure, Shekerau was reported to have put his loyalists in strategic positions, while Buhari's men were purportedly sidelined. This did not go down well with the General and his loyalists, and the resulting rift gave room for factionalization within the Kano State chapter of the ANPP.

Some weeks ago, Buhari finally dumped the party. In a letter he tendered to the leadership of the party, he said that those qualities that attracted him to the party had now vanished, leaving the party as a shadow of itself.

Part of the letter reads: 'I opted for the political party which presented to me the best avenue for making my modest input towards the development and sustenance of democracy in our country, Nigeria. In 2003 and 2007, I had the privilege of flying the party's flag as its Presidential candidate in the two elections.

I am and shall, remain grateful to the party for the confidence reposed in me by the opportunity to represent its interest on those occasions. As was expected, many of his loyalists who made up the core of the party, left with him. While some spoke of defecting directly into the Congress for Progressive Change, others kept silent about their new political party.

The National Democratic Movement (NDM)
Though the intentions of the founders are not yet clear on whether they would float a party, going by the fact that Atiku and Bafarawa belong to the Action Congress (AC) and the Democratic Peoples Party (DPP) respectively, indications emerged that the movement may eventually metamorphose into a political party through which it intends to outdo the PDP in 2011.

Commenting on Atiku's involvement in the movement, the National Publicity Secretary of AC, Alhaji Lai Mohammed said that his party had made its stand clear, maintaining that AC has no intention to merge with other parties and will not shed its identity for any reason.

Bafarawa
Chief Supo Shonibare, the Chairman of the Democratic Peoples Alliance (DPA), in an interview with Daily Sun , stated that DPA has no plans to be part of the formation of NDM and maintained that its formation does not pose a threat to the move by other political parties to form a Mega Party.