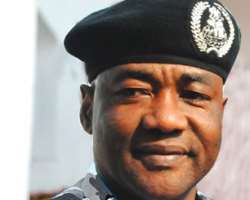 
The embargo placed by the police on political, socio-cultural and religious rallies at airports may have been well-intentioned to assist in law enforcement but selective enforcement of orders run counter to the principles of fairness and equity. This does no credit to the enforcing authority especially with the political season now almost in full bloom. So, all other institutions of government that are charged with unbiased service to the country must work for the collective interest of the citizens. It is instructive that law enforcement agencies have never come off clean of allegations of abuse of authority and double standards by opposition political camps since the birth of the Nigerian nation.  Such perceived manipulation of especially the police by ruling parties at the centre is seen as an entry point to impunity and has no doubt been at the heart of many crises in the country and the current persistent calls for state police.

Regrettably too, the police have not done much to disabuse the minds of critics as one unfortunate incident trails another in their handling of political matters especially in the states controlled by other parties. For instance, nearly all the state governors in Nigeria today complain of being chief security officers of their states only by designation. Some have been in perennial conflict with their state police commissioners who take directives only from the Inspector-General because of the central command nature of operations.

Just as well, proponents of state police structure have publicly indicated intention to pursue the agenda at the forthcoming national conference. Indeed, that forum should provide Nigerians the opportunity of determining the desirability or otherwise of the agitations and make appropriate choices.

For example, the reception the other day for the new Peoples Democratic Party (PDP) Chairman Adamu Muazu at Bauchi Airport by party members who turned up in hundreds right up to the tarmac and round the aircraft conveying him irked the main opposition party, the All Progressives Congress (APC) which swiftly complained to the police. Barely three months earlier, Force's spokesman Frank Mba had in a statement on November 6, 2013, slammed the no-airport-rally ban on politicians. The APC expectedly saw the police inaction on that occasion as a symptom of trouble to expect in the 2015 general elections.

What is significant is APC's observation that such incidents 'required the police to be neutral and professional' in discharging their duties. Of course the police need not be reminded of this core value as professionals. Again, it needs no restating the fact that being non-aligned to, or not showing open partisanship to any one political group, places the police in good stead to command public respect. Moreover, it is imperative that the police stay at the forefront of institutions with the greatest respect for the provisions of the law. This is not to even talk of the illegality of any ban or threats of ban on peaceful assembly or association of people, or the incongruity of the oft-demanded permit from the police for political rallies.

No doubt within available resources, the police have recorded some successes in the protection of lives and property, considering the many challenges facing the  Force. By the same token, the Force has failed woefully to unravel not a few murder or criminal cases for inexplicable reasons.  It is, more importantly, worrisome how the institution has allowed itself to be manipulated or used so often by politicians for selfish ends, men (and women) who are literally birds of passage. Too many instances could be cited but the most recent is the Rivers State saga where the most ignominious level of impunity was recorded as a police commissioner brazenly squared up to the state governor allegedly in connivance with political forces from the nation's capital. Nigeria's political system ought to have outgrown that obvious desecration of professional values.

As parties and politicians step up activities towards the 2015 general elections, so much depends on the police to make a significant difference. The Force has to lead the way in matters of security by providing a level-playing field for political gladiators.  The police remain the law enforcers and should under no circumstance cede that authority to any individual or group. No one is above the laws of the land, so the police must not be seen to be wearing down its own authority by pandering to the dictates of any interests.