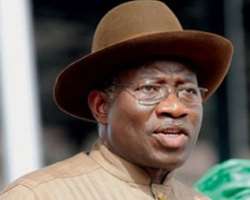 
As preparation heightens for  President Goodluck Jonathan visit to Kwara State to receive some defectors from   other political parties into Peoples Democratic Party (PDP) on Monday , Governor, Alhaji Abdulfatah Ahmed has called on politicians and their supporters to conduct themselves peacefully and avoid any action capable of leading to break down of law and order.

Already, the leadership of the PDP in the state has set up committees that would ensure a hitch free visit of President Jonathan to Ilorin.

A Government House statement issued in Ilorin on Friday by Governor Ahmed through his Senior Special Assistant on Media and Communications, Dr. Muideen Akorede said, 'Although the president is not on a State visit, we welcome him to our State of harmony. We will accord him all the courtesies and arrangements benefitting of his office”.

The governor said, “As a peace loving administration, we urge all to keep the peace, be lawful, and avoid any actions or utterances capable of rupturing our reputation for harmony”.

Ahmed said,” Regardless of political affiliation, our people must remain mindful of the rule of law and shun all actions that contravene the law, especially the maintenance of public order”. The governor added that, “the series of empowerment programmes implemented by his administration have been possible due to the atmosphere of harmony in the state and urged all to join hands with this administration to sustain the peace regardless of the party loyalties”.

Also friday, the State chapter of the PDP at a news conference in Ilorin said that, all arrangement have been put in place to make the visit of President Jonathan a successful one.

Caretaker Committee Chairman of the party in the state, Hon. Solomon Edoga said that the party has put in place committees and they have been working round the clock so as to ensure a hitch free visit of President Jonathan to the state. According to him, 'We have seen that PDP is Kwara and Kwara is PDP”.

He added that, “apart from this, we have that ground that President Goodluck Jonathan is coming to cultivate on Monday next week which is politically very fertile and the harvest is going to be jumbo. The jumbo harvest when millions of Kwarans will identify themselves with the PDP”.

He however said, “You will recall that  we wrote to the State government and Governor Abdulfatah Ahmed has graciously approved the use of the Metropolitan Square for the programme”