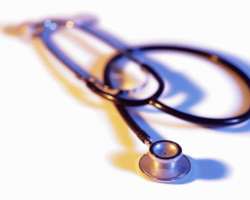 
Nigerian Nuclear Regulatory Authority (NNRA) has stressed the need to institute adequate control of metal recycling and production industries to guard  against radiation.

Speaking at the opening of a workshop in Lagos, entitled, 'Dealing, Processing and Recycling of Scrap Metals and other Commodities that could inadvertently contain Radioactive Material', and which drew stakeholders including LAWMA and Centre for Nuclear Research, ABU, Ogbarandukun described scrap metal as an important source material for metal recycling and production industries, contributing a large fraction of the final product.

'The melting of a radioactive source with scrap metal or its rupturing, when mixed with scrap metal can result in contaminated recycled metal and wastes. Consequently, expensive cleanup operations may be necessary. Furthermore if the contaminated material is not detected at the metal recycling and production facility, workers may be exposed to radiation and  radionuclides may become incorporated into various finished products and wastes, which, in turn, may lead to the exposure of users of these products,' he said.