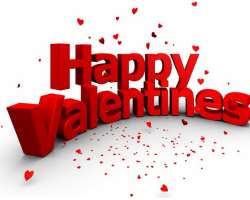 On the 11th of February, my family called me on phone as I was in Abuja on official function. The moment I picked the phone, they started singing “Happy Birthday to Daddy.” I did not need any soothsayer to reveal to me that it was the conspiracy of their mother. Come to think about it, the world is rapidly changing, reminding me of one Latin Maxim I was in love with as a young student of Latin: Tempora mutantur, nos et mutamur in illis (Times change, and we change with them). During my own time, I cannot remember singing any “Happy Birthday” to my Daddy.

Just this morning, immediately my children woke up and after the perfunctory morning greetings, they started wishing me “Happy Valentine.” I had to ask them what it meant and who asked them to do that, behold it was their teacher. To crown it all, they told Mummy that they asked them to come to school in red dresses. They went on to tell me that the teacher asked them to buy gifts for people as mark of love, which Christ the epitome of Love show us daily. Again, I remember in my own days that I was almost completing my secondary education before I heard of “Valentine's Day.”

But what is this Valentine and how do we analyse it?

Those that answer Valentine dread the month of February like a plague. Besides close friends who always demand that you celebrate your name in grand style, most confront you with all manner of questions bordering on the concept that your name is supposed to embody. Thus, you are asked whether you were born on the 14th of February or whether you were a by-product of love affair that took place in the month of February. One fact I have come to discover over the years is that people take those that bear the name of Valentine as experts in all known techniques of love, starting with its fundaments to its metaphysics.

Despite much research, we cannot tell unarguably the exact date the feast started, nor the route by which it entered into history. Perhaps it is connected to the life of a certain St. Valentine who was said to have suffered martyrdom in Rome as the Church hagiography would want us to believe; perhaps, as the legend of the saint's heroic faith says, it grew out of the love shown to prisoners by the saintly Valentine; perhaps it has to do with the period in the year when birds of the earth look for mates; perhaps it is another case of substitution of a pagan feast by Christian feast as a subtle way of blighting paganism at the bud. We do not know. Valentine's Day is part of history whose beginning has been forgotten, and whose end we shall never reach.

The popularity of Valentine's Day could be linked to the nature of the theme it celebrates – love. Writing about love, Archbishop Fulton Sheen called it “the most used, and the most misunderstood word.” The misunderstanding inherent in the nature of love often provokes people to ask questions such as: How much of what we claim as love is love indeed? Does love have different levels and spheres? Is it possible to love our neighbour as ourselves, as the Holy writ prescribes? What is love? These are the questions with which the most comprehensive theories, treatises, and analyses of love find it necessary to begin.

To the Greeks, love could be Eros, Philia, and agape. Plato's ladder of love in the Symposium has different loves for its rungs, up to what we commonly call “Platonic Love”. St Thomas Aquinas distinguishes between love in the sphere of the passion and love as an act of will. The former he assigns to what he calls the “concupiscible faculty” of the sensitive appetite; the latter, to the rational or “intellectual appetite”. Sometimes, people talk about metaphysical, contemplative, material and acquisitive love, etc.

Whatever form love takes, it implies a complex psychical experience of strong attraction to, intense desire for, vivid appreciation of, a profound interest in, ones object of love. The object of love could be a fellow being, institution, cause or even nature. It involves tender affection, sympathetic understanding, admiration and loyalty, with reference to its object.

In pursuit of this type of love there is nothing that human beings have not done, or are not capable of doing. The love portion that some ladies brew for men they suspect of unrequited love has no platonic aim. It is not out of generosity, rather to get the object of their longing, that men spend lots of money in wooing women. Women themselves do as much. To attract men, they dress in manners to arouse precipitate passion. Eyelashes are darkened with gum ammonia. Checks and lips are painted with sticks of minium or alkanet roots. Adjustable eyebrows are used and often pencilled with lampblack or pulverized or sulphuret of antimony, sometimes it is thinned to diverse shapes or shaved off entirely and painted “crescent moons” or other forms. Eyelids are shaded with kohl. All sort of things are rubbed on the face, in the hope that it will make them look beautiful. Some in the villages still wrap their fingernails over night with henna leaves to make them purple. Padded brassieres are used to make the breast look poised and … Breast enhancement has since become part of beauty regimen. There is no part of the woman's body, in pursuit of men, that has not been perfected, decorated, refined, stretched and squeezed, bleached, reformed, compacted and shortened.

Higher than the afore-described love is what is often called genuine friendship. In this type of love, there is often the predominance of altruistic motives. It springs from mutual admiration. Here, love is thought to precede desire and to determine its wishes. Marriages built upon this type of love are often successful. Mature lovers discover that marriage transcends the act of multiplication of the species or the fantasy of sexual acts. There are some men who think that all a woman appreciates in a man is when he brandishes the erectile organ to her satisfaction. No. Marriage is more than that. It demands deep understanding and maturity from both partners.

All the foregoing classifications and distinctions, inexhaustible though, belong to the theory of human love. But the fact of love's diversity extends to the Christian theory of love. Christianity brought about a basic shift in man's thinking about love. Christianity sees love not in the emotion or passion, but from the infinite perfection and creativity of God. God Himself is love (I John 4: 4). “Love ye one another”. In this profound sentence, God summarized all the commandments. Love rules the world and was, perhaps, as Parmenides thought, “the very first thing created by the gods to rule the world”.

The key to peace in the world is for men to embrace the ethics of Christ – love. Confucius taught a version of it in his rule of reciprocity (golden rule). Immanuel Kant espoused it in his book, The Metaphysics of Morals in what he called the “Maxims of Categorical Imperative”. All great religions teach it. Until we start to imbibe this golden rule (love), the battle to re-make the world can as well be labelled a utopia.

The sooner we use the day of Valentine to promote this type of love, the better the world will become. Here we are again celebrating another Valentine. How do we make it serve the purpose of making the world a better place? This is the central question.