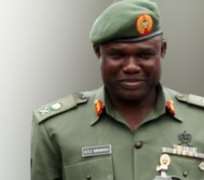 
The Nigerian Army has announced the posting and appointment of 127 senior officers.

The massive redeployment, which came barely a month after the  last exercise by the former Chief of Army Staff, Lt.-Gen. Azubuike Ihejirika, affected 36 major-generals, 52 brigadier-generals and 39 Colonels.

With the new postings, the former Military.Secretary, Maj.-Gen. E.B Awala, is now the Chief of Training and Operations at the Defence Headquarters; Maj.-Gen. F.M Airende becomes the Director, Training and Evaluations at the DHQ while  Maj.-Gen. K.C Osuji moves from DHQ to become the General Officer Commanding 1 Division of the Nigerian Army, Kaduna.

The Director, Army Public Relations, Brig.-Gen. Olajide Laleye, who announced the release of the postings in a press briefing in Abuja on Wednesday, warned the media and the populace against misinterpreting the military postings and appointments.

Laleye, who described the postings and appointments as routine in the Army, said that it would be wrong for anybody to impute wrong meanings into the exercise.

'It is important to note that posting in the Army is a routine activity that is carried out from time to time to fill existing vacancies emanating from promotion and retirement.

'Furthermore, the Nigerian Army wishes to inform the media in particular and the public in general that posting and deployment of senior officers should not be used to overheat the polity,' he said.