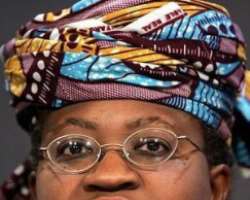 Plastic manufacturers are literarily up in arms against the Federal Government's imposition of a 'special levy' on two raw materials used for the production of plastics. This has pitched Indorama-Eleme Petrochemical Limited and plastic manufacturers against each other, writes Assistant Editor Chikodi Okereocha

The plastic industry is embroiled in a serious crisis. In the centre of the crisis threatening to tear the industry apart is the imposition by the Federal Government of a 'special levy' on two raw materials (polypropylene and polyethylene) used in the production of plastics. Local plastic manufacturers are screaming blue murder, saying that the 'special levy' is capable of crippling the industry, and that it was foisted on them by the Federal Government allegedly at the prompting of Indorama-Eleme Petrochemical Limited (IEPL), in a bid to maintain a grip on the industry as the only producer of copolymer.

IEPL is the Indonesian company that emerged core investor in the Federal Government-owned Eleme Petrochemical Limited, Port Harcourt, Rivers State. That was in 2006. The company's name was subsequently changed to Indorama-Eleme Petrochemical Limited. The local operators said the Federal Government, as part of efforts to boost IEPL's productivity and bring down the cost of polymer resins in the market, granted the company incentive by way of a 30-year lease to supply it gas at subsidised rate. Because of the provision of gas at a massively subsidised rate, IEPL's cost of production is said to be one of the lowest in the world.

Local plastic manufacturers, however, kick that despite the incentive granted IEPL by the government in the hope of reducing the price of plastic products, the price of polymer resins has been on an astronomical increase, a development that has left Nigerians with the short of the stick, as they still pay more for common plastic products. They noted that the cost of polymer resins in neighbouring countries most of which do not have a polymer manufacturing plant is cheaper than what is obtainable in Nigeria with a polymer plant. This, according to them, is because of the levy introduced on imports in 2013, via Circular BD. 12237/S.1008/T/11 and dated January 15, last year; and T/23 dated February 19, last year, which the local plastic manufacturers allege was meant to protect IEPL.

Some of the local plastic manufacturers allege that the special levy opened a channel for IEPL to make more money, as they increased their price equivalent to the levy increase in March/April 2013.

'By doing this, the cost to import raw materials in Ghana or Benin Republic became cheaper as the plastic industry in Nigeria pays a higher cost due to this levy,' one of the angry plastic manufacturers who do not want his name in print, lamented.

The thinking in the industry is that the incentive allegedly granted Indorama has not been of advantage to the economy and the plastic industry in particular. To them, IEPL seems to be the only one benefitting from the levy while the common man is suffering with the burden of higher price.

But IEPL, the company has denied the allegations, dismissing them as 'entirely false'. For instance, the company argued that imposition of levy or revision of duty are state matters; only the Federal Government has the prerogative to decide on such matters. Besides, when taking any such step, an exhaustive study is carried out to ensure national interests are not compromised.

Jossy Nkwocha, Head of Corporate Communication/Special Adviser to the Managing Director, IEPL, explained that in Nigeria, import duty is applied on products categorised in three main categories. He said category 1 is 5 per cent on basic raw materials not manufactured in the country, for example,  Naptha/NGL (raw material for IEPL plant), polyester (raw material for yarn/fabric), limestone (raw material for textile).

Category 2 is 10 per cent on intermediate products, which are like yarn in textile or clinkers in cement. On the other hand, category 3, he said, is between 20 per cent to 35 per cent on finished goods, like textiles, cement and plastic items like chair, films and jerry cans.

Nkwocha also denied claims that Indorama received incentives from government to enhance its monopoly status. He wondered why the Federal Government would give the company incentives after it had divested from the plant in 2006 in an open bid system.

'Why would Federal Government give incentives once the company was sold?,' he asked, pointing out that the company buys gas from AGIP on a price formula based on prevailing international prices.

Nkwocha wondered what manner of incentive could have come the way of the company when its production cost has gone up manifold since 2006 when Indorama acquired the plant, which was at the time in a non-operational state.

His words: 'The term 'polymer'  is often misused by the importers/traders to accuse us for being insufficient. This is again a misleading propaganda. Polymers include plastic resin products likePolypropylene (PP), Polyethylene (PE), Poly Vinyle Chloride (PVC),  Poly Styrene (PS), and Acrylonitrile Butadiene Styrene (ABS). PVC, PS and ABS continue to be imported at 5 per cent import duty without any levy. We produce PE and PP. We do not produce PVC,  and ABS. The truth is that we have excess capacity in PE, and are, therefore, exporting surplus quantities. In PP, we have sufficient capacity to cater for domestic demand. Besides, looking at the future growth rate of consumption of these products, we have started constructing new PE/PP plants in our existing facility.'

Nkwocha told The Nation that after the expansion projects, the company's capacity would doubled to about one million ton of PE/PP production in the country. He disclosed that the expansion work would cost an estimated $1 billion of fresh investments.

'Our investments in the current plant have already crossed $600 million. He said IEPL is fast moving in its journey to realise its dream of building the largest petrochemical hub in Africa.

'In the current phase of expansion, construction is going on for a new 1.4 million ton capacity Fertiliser Plant with the investment of $1.2 billion. Once operational in 2016, this plant would trigger agriculture revolution in the country, making Nigeria self-reliant in food production.

He accused the local plastic manufacturers of being the ones cheating the Federal Government on revenues by evading the payment of the five per cent import levy and also undermining government's efforts at removing the toga of an import-dependent economy. According to him, 17 local plastic converters imported Polypropylene under a different code, which is for Propylene, an action, he said, 'amounts to deliberate fraud to evade duty and dump the surplus imported product in the country.'

Indorama had accused 17 plastic manufacturing companies located across the length and breadth of the country of importing polypropylene resin under wrong Harmonized System (HS) Code to evade the payment of the five per cent import levy to the government. In a petition to the President, Manufacturers Association of Nigeria (MAN), dated October 3, 2013, the Managing Director of Indorama, Mr. Manish Mundra, said the act of the manufacturers poses a serious threat to the existence of his company. The companies include Prima Impex Nigeria Limited, Hart Industries, Dana Plast Ltd, Leoplast Industries, and Lotus Plastics Ltd, among others.

In the petition, Munish stated: 'All the mentioned parties have imported materials worth N3 billion and evaded five per cent levy worth N150 million, bringing huge losses to the national exchequer; Moreover, they have done this with proper knowledge and knowingly violated the laws of the nation for their own benefits. Such imports pose serious threat for the domestic producer like Indorama as our products become casualty at the expense of surplus foreign materials arriving the country.'

Munish did not stop there. He sent a copy of the petition to the Chairman of the Economic and Financial Crimes Commission (EFCC) .

Nkwocha explained that what the company did was to 'bring the matter to the notice of appropriate authorities to take cognizance of the wrongful activities going on in the country. While clarifying that although Indorama has not accused anybody, he said: 'It is for these agencies to investigate and find out the truth and take it forward logically as per law of the land. MAN has assured us that it would take it up with all concerned parties.

But the counter accusation by Indorama has not gone down well with local plastic manufacturers. The Nation learnt that lawyer to the manufacturers, Mr. Kemi Pinheiro (SAN), petitioned President Goodluck Jonathan, Minister of Finance/Coordinating Minister of the Economy, Dr. Ngozi Okonjo- Iweala, and the Chairman, House of Representatives Committee on Appropriation, describing the accusations of Indorama as not only false but also malicious. They also accused Indorama of using its monopoly as the sole manufacturer of petrochemical products in Nigeria to accuse them wrongly even as it (Indorama) lacks the capacity to produce the quantity that could satisfy the needs of the industry.

The manufacturers argued that what attracts five per cent import duty is polypropylene which is made up of 100 percent propylene with Chemical Abstract Service (CAS) number: 9003-07-0 and HS code 3902.1000.00. This is different from copolymer that contains less than 95 per cent propylene by weight and the rest weight is ethylene with CAS No: 9010-79-0 and HS code 3902.3000.00. Copolymer, according to the manufacturers, does not attract import duty from the Federal Government. They maintained that the effect of such import duty on copolymer will be adverse on the Nigerian public as manufacturers would have to push the cost to the consumers. 'Plastic products in the neighbouring countries will become cheaper than what obtains in Nigeria; and this in turn will negate the transformation agenda of the government', the manufacturers insisted.

The Ministry of Finance is said to have wadded into the crisis by setting up a technical committee comprising officials of the ministry, Indorama, and officials of some of the manufacturing companies, such as Prima Impex, Dana Plast, Lotus Plastics, and Vik Industries. The committee is expected to verify the authenticity of the allegations contained in the Indorama petition. They committee met on January 23, but could not make progress.

Pinheiro threatened that the manufacturers after exploiting all options may head for court, not only to clear their names from what he described as 'unfounded accusations,' but also for the court to determine whether by virtue of the circular that emanated from the Federal Government agencies, there is import duty on copolymer HS 3902.3000.00.

The end certainly has not been seen of this matter.