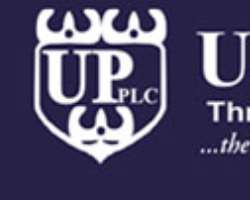 
Only one cost element seems to be out of control for University Press in the current financial year ending March 2014 and that is critical enough to hurt profit growth. It is cost of sales, which is the only major cost item that claimed an increased share of sales revenue at the end of the company's third quarter operations in December 2013.

The company's third quarter result shows that an accelerated growth in sales revenue is likely to happen this financial year and it could make up for its last quarter disappointment on profit performance in the preceding year. Its 2012/13 operations closed with a lower profit figure than posted in the third quarter while the current year's third quarter net profit is already ahead of the prior year's profit.

The company earned N21.10 billion in sales revenue at the end of the third quarter, which is an improvement of 14.1% over the corresponding quarter in 2012. At the third quarter growth rate, the company is expected to close the financial year with a turnover of N2.96 billion at full year. This will be an accelerated growth of 28% over the preceding year's turnover of N2.31 billion. The company had improved turnover by 11% in the preceding year.

Much of the additional revenue the company generated during the period was claimed by cost of sales, which grew well ahead of sales revenue at 24.5% to N1.07 billion. The proportion of turnover claimed by cost of goods sold increased from 46.4% to 50.6% during the review period. That depressed gross profit margin and permitted only a 5.1% improvement in gross profit.

A decline of 28.6% in other operating income also affected the bottom line position while a decline in finance cost provided a little remedy. The company is free of debt burden and maintains a net interest income position with interest earnings from short-term deposits.

The company was only able to improve after tax profit by 5.2% to N285 million at the end of the third quarter against the corresponding period in the preceding year. Based on the third quarter growth rate, after tax profit is projected at N410 million for University Press for the 2013/14 financial year. This will be a strong growth of 57% over the profit figure of about N261 million the company posted in the preceding year. Net profit had grown by 15% in prior year to close below the N271 million it reported in the third quarter.

There was a decline in net profit margin from 14.7% in the corresponding quarter in 2012 to 13.5% in 2013. Without effective cost control in the other cost elements, the loss in profit margin would have been considerable.

The company paid a dividend of 35 kobo per share last September for its 2012/13 operations. This is ahead of the 25 kobo offered by International Breweries, the 30 kobo by Vitafoam but below the 40 kobo paid by Ashakacem. Based on the pay-out ratio for the preceding year's dividend, the company is expected to pay a minimum dividend of 55 kobo in 2014.

Major developments in the balance sheet over the nine months of the year to December include the near doubling of trade receivables at N203 million, a drop of about 53% in other receivables and prepayments and a big jump of 97.5% in cash and short-term deposits to N955 million. A rapid expansion in trade payables also happened during the review period.

The company boosts of a good cash flow position with a major leap in net cash generated from operating activities from only N77 million in the corresponding period in the preceding year to N786 million at the end of the third quarter. Net cash used in investing and financing activities came nowhere close to the robust cash generated from operating activity, resulting in a net increase of N634 million in cash flow.