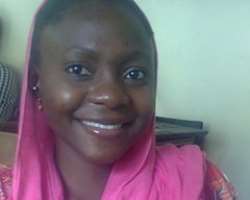 The project tagged 'Youth Empowerment Against HIV/AIDS', is focused on engendering positive behavioural change in the lives of young adults through effective education and sensitisation on pertinent health issues with special focus on the scourge of HIV/AIDS.

According to the beauty queen, 'the project sets out to secure the future of our young people in the country by providing them with enduring moral lessons as their guide for right direction in the passage of life.'

Sadiq mentioned that an essay competition had been instituted amongst secondary schools drawn from Lagos, Abuja and Port Harcourt to evaluate the level of their understanding of the dreaded disease and the best three write-ups will cart away prizes for themselves and their schools.

She further stated that it was imperative for the youngsters to be appropriately sensitised and empowered with adequate knowledge and detailed information that would enable them adopt pre-marital sex abstinence as the most preferred option for the prevention of HIV/ AIDS.

She equally mentioned that the young lads would as well, extensively discuss the various transmission routes through which the dreaded disease could be contracted at the grand finale of the pet project, which is scheduled to hold on Thursday, February 20, 2014.

She said that the main objective of the initiative was to positively engage the youths and letting them fully understand that HIV/AIDS is a major health pandemic.

The spokesperson of Sovereign Trust Insurance Plc, Segun Bankole said that the support for the Project was in line with one of the company's CSR platforms, which was hinged on health, sports and the environment.

He pointed out that the underwriting firm was committed to ensuring that initiatives under these categories were supported in bringing about positive change in the society. He also stated that the infection rate of HIV/AIDS in the country was gradually hitting an alarming rate and hence, efforts should be directed at combating the spread of the scourge at an early stage before it becomes threatening.

According to him: 'HIV/AIDS has become a great menace to the society and a major threat to the continued existence of the human race if urgent positive measures are not put in place to reduce its transmission; hence the need to effectively educate the young adults on its existence, and prevention is of great importance.'

In his words, 'the youths are considered the future leaders of tomorrow and as such, they must possess the right attitude and information in living a healthy life in advancing the progress of the country's social and economic status; they must be well protected and nurtured to preserve the heritage of our dear country.'

Conclusively, he said that the company would continue in its stride to support initiatives geared towards advancing the human capital resources of the Nigerian economy.

Sovereign Trust Insurance Plc has kept an impressive record in pioneering and advocating for a healthy society amongst insurance companies in the country.

For some years now, the company has been an ardent financial supporter of the Hospice Home for the physically challenged children, the Teenage Life Project which focuses on reducing to the barest minimum, societal malaise like prostitution, rape, teenage pregnancies, abortion as well as HIV/AIDS transmission. The company continues to support other charitable Homes and organisations across the country.