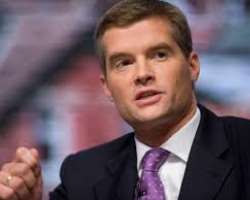 
Immigration minister Mark Harper has resigned from the government after it emerged his cleaner did not have permission to work in the UK.

It added there was 'no suggestion' the Conservative MP for the Forest of Dean had 'knowingly employed an illegal immigrant'.

In his letter to the PM, Harper said he would continue in his role as MP.

He also explained in the letter that he had first made checks on his cleaner in 2007 and again in 2012.

A year later, he said, he talked a lot about employers and landlords carrying out 'reasonable checks' on workers.

Given this focus, he said, he thought it 'prudent to check that all my documents were in order for my cleaner'.

'I undertook an extensive search to locate the copies of documents I had taken but unfortunately I was unable to locate them,' he wrote.

Last month, he asked his cleaner for further copies but when his private office checked the details with immigration officials, it was found she did not have indefinite leave to stay in the UK.

He was told this on Thursday and said in his letter that he immediately told Home Secretary Theresa May.

The matter was now with immigration enforcement, he added.

'Although I complied with the law at all times, I consider that as immigration minister, who is taking legislation through Parliament which will toughen up our immigration laws, I should hold myself to a higher standard than expected of others,' he also wrote.

'I have always believed that politics is a team game, not an individual sport,' he went on.

'Under the circumstances, I have therefore decided that the right course is for me to return to the backbenches. I am sorry for any embarrassment caused.'

In his reply, Cameron said Harper had 'taken an honourable decision' and he hoped to see him return to the frontbench 'before too long'.

'I understand your view that, although you carried out checks on your cleaner, you feel that you should hold yourself to an especially high standard as immigration minister,' Cameron wrote.

He added that Harper's energy and loyalty had always been appreciated, adding that it was 'typical of you that you should be so mindful of the wider interests of the government and the party in reaching the decision that you have'.

New immigration minister James Brokenshire is MP for Old Bexley and Sidcup and was formerly a Parliamentary under-secretary of state at the Home Office.