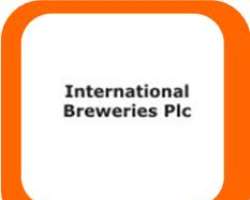 
Interest expenses have multiplied more than 41 times for International Breweries in the current financial year ending next March. From just the N18 million the company paid as interest charges in the preceding 15-month financial year, interest cost surged to N768 million at the end of its third quarter operations last December. The effect of this is that the company will be unable to pass much of the gains it is making from growing revenue and moderating cost to shareholders by way of profit improvement.

International Breweries has maintained a rapid growth in sales revenue for the fifth year running and its third quarter result shows that revenue growth is equally strong for the current financial year. The company's turnover amounted to N13.55 billion at the end of the third quarter, which is a growth of 30.4% over the corresponding figure in the preceding year.

The strong growth in turnover in recent years indicates increasing gain in market share for the company in a tight market. The industry leader, Nigerian Breweries recorded a growth of about 12% in turnover in 2012 and only a marginal improvement is expected from the company in 2013. Guinness Nigeria saw only a 4.0% improvement in sales revenue in its 2012/13 operations and a drop in turnover looks likely at its first quarter growth rate.

International Breweries' strong growth in sales revenue in the third quarter is further supported by cost moderation in two major areas. Cost of sales grew at a lower pace than sales revenue during the period at 26.3% to N6.67 billion. This enabled the company to improve gross profit ahead of sales revenue at 34.7% to N6.88 billion. Gross profit margin therefore improved from 49.3% to 50.7% during the review period.

Further cost moderation happened in respect of distribution/administrative expenses, which grew at a significantly lower rate of 14.2% than sales revenue. Much of the cost savings from the two major expenditure lines however failed to get to the bottom line. A high rise in interest expenses swallowed up a lot of revenues during the period.

At the end of the third quarter, interest expenses multiplied from only N89 million in the corresponding period in 2012 and from N18 million in the 2013 full year to N748 million. The impact of that on the bottom line was further extended by a drop of 98.6% in other income and a 222% surge in other loses.

Net profit margin has however improved from the 12.6% the company recorded in the second quarter. International Breweries is at par with Nigerian Breweries on net profit margin at 14.1% in their third quarter reports and both are well ahead of Guinness Nigeria's net profit margin of 7.8% at the end of its first quarter operations last September.

Based on the third quarter growth rate, after tax profit is projected at N2.7 billion for International Breweries in 2014. This will be an improvement of 7.6% over the 15-month profit figure the company posted in March 2013. The last financial year was quite outstanding for the company in terms of profit performance. After tax profit had advanced from about N200 million in December 2011 to N2.51 billion in March 2013.

The upsurge in interest expenses in the current financial year follows major expansion as well in balance sheet debts. Long-term borrowings have soared from only N310 million in December 2012 to N4.41 billion last December. Over the same period, short-term debts declined by 8.1% to N1.74 billion.

Other major developments in the company's balance sheet during the review period include a drop of 77.6% in cash and bank balances to N730 million and a fall of 68.8% in trade creditors and other payables at N3.52 billion.

The company came under cash flow pressure, as cash generated from operating activities was insufficient to meet cash requirements for investing and financing activities. With a positive cash balance at the beginning of the period, the company was able to cover its net decrease in cash resources and carry forward a positive balance.

The company earned 58 kobo per share at the end of the third quarter, increasing from 51 kobo in the corresponding period in 2012. Earnings per share is projected at 82 kobo for International Breweries in 2014. It paid a dividend of 25 kobo per share out of its earnings per share of 71 kobo in 2013. Based on the pay-out ratio, a minimum dividend of about 30 kobo is expected from International Breweries at the end of the 2013/14 financial year.