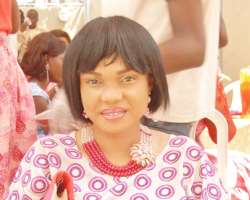 Unlike her colleague in the Nollywood movie industry, Fathia Balogun who insisted on using her ex-hubby's name, movie producer and Fespris CEO, Iyabo Ojo recently told fans she will be changing her last name soon.

The actress who dumped her ex-husband and the father of her 2 children a while back said she is ready to move on.

On Wednesday, the 22nd of January, 2014, Iyabo Ojo told fans she will also be changing her movie production company from Iyabo Ojo Films Production to Fespris Production.