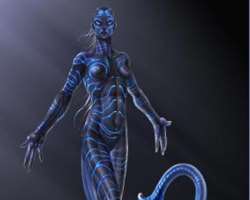 Perhaps it takes more guts and genius than money and machines to make a really great movie. Perhaps computer generated actors would not replace human actors after all. Perhaps, controversy as a marketing gimmick has its limitations… perhaps…

The 82nd edition of the Academy Awards popularly known as the Oscars presented by the Academy of Motion Picture Arts and Sciences (AMPAS) will not be discussed now or in the foreseeable future without a lot of “perhaps.” And deservedly so. How do you shoot a movie with $237 million and not be rewarded with the highest accolade for film? How do you invent a new world, novel form of life and pioneer the next generation of film cameras and still have a story lacking in originality?

That perhaps sums up the tale of Avatar at the last edition of the Oscars- or most of it. To be sure, Avatar is good movie- humans invade the Na'vi habitat on Pandora to get a mineral resource that'll prove useful for all of mankind. To achieve this aim, well, a little Na'vi massacre would be understandable. We are only human, right? But Avatar is not a great movie -at least not when Hurt Locker is in contention for the same award.

So, was Hurt Locker, the beautiful bride that went home with nine nominations and six awards at the Oscars then a really great movie? Granted, the standard for measuring greatness is relative to the event, circumstance and the characters involved. Those who judged Hurt Locker as the best film out of the ten on parade didn't do justice to the term greatness in the objective sense – I think they defined fresh standards by which greatness can be measured.

First let's take a look at Hurt Locker. Set in post-invasion period in Iraq in 2004, the film captures the lives and times of the U.S. Army Explosive Ordnance Disposal (EOD) unit in their missions of disarming IEDs and engaging insurgents together. Add Staff Sergeant William James, as leader of the unit and we get plenty of adrenaline. This is what Kathryn Bigelow wants us to know about the art of soldiering. Plus courage and the yelling and cussing –its no wonder, I'm not fond of the army.

But Hurt Locker is great in other ways. It is the first real film to bring the audience closer to the deserts of Iraq (shot in Jordan, a few miles from the Iraqi border) and translates on the screen the carnage that's warfare. It gave Kathryn Bigelow the first female Oscar for Best Director in the 82 year history of the award. It may have not done justice to realism in the context of warfare and military procedure but Bigelow and her producers would be remembered for doing more with less, delivering a stunning cinematic achievement with ingenuity on a scarce budget. Hurt Locker was made with a paltry sum of $11million!

Hurt Locker may not be technically innovative in structure or special effects, perhaps the film professionals who study the technical and artistic accomplishments of the film must have been compelled by other considerations. The Academy of Motion Picture Arts and Sciences (AMPAS), a professional honorary organization, maintains a voting membership of 5,835 as of 2007 according to Wikipedia. Actors constitute the largest voting bloc of about 22 percent, could it be that they are sending a message to Cameron and other Directors jumping the 3D bandwagon? We'd prefer human characters than computer-generated actors!

And there is District 9. The weird movie about some aliens who got themselves stranded in South Africa and an order to have them evicted set off a series of chain reactions. The film clearly belongs to the plain of science fiction and to be nominated for four awards at the Oscars is an achievement on its own. But it could have done better. Neill Blomkamp told a good story in a controversial way- interesting tale but not exactly the stuff of the Oscars.

WAITING FOR THE NOLLYWOOD OSCAR STATUTE
A careful review of the pattern the nominations and the films that won this year's Oscars portends vital lessons for Nollywood. True, Nollywood was not represented at the awards – has not been represented at any Oscar for that matter – yet, we can turn back the tide.

For one thing, Nollywood seemed to be at a disadvantage in view of the rules that qualify movies to be screened for the award. Rule one is easy; the film must have been shot within the year of the awards. The hard part is the second rule that states that a film must be feature-length, defined as a minimum of 40 minutes, except for short subject awards and it must exist either on a 35 mm or 70 mm film print or in 24 frame/s or 48 frame/s progressive scan digital cinema format with native resolution not less than 1280x720.

Therefore to have the first Nollywood Oscar, the Nigerian film industry must be weaned from its addiction to video. I admit, its an addition forced by economic consideration. Nollywood films cost less than $30,000, about a fraction of the lowest budget Hollywood film presented at the Oscars. Nollywood should seek for collaborations, partnerships and sponsorships both local and foreign so that we can tell the great Nigerian story.

The 2010 Oscars nevertheless presents some valuable lessons. At least it taught us that technology is not a substitute for a great story. Avatar had all the trappings of technology, including a range of novel cameras that was capable of capturing human emotions to be digitally analyzed at great cost. But it lost. Slumdog Millionaire was a small budget film (by Hollywood standards) but art and imagination and a simple story were its highpoints.

Also there is need to shoot movies that are realistic. Perhaps that is the strength of Hurt Locker. It sought to re-create the exact conditions that the soldiers in Iraq lived and the challenges they faced. It was not an easy task shooting in the hot temperatures of Jordan at the time. Besides, Mark Boal, script writer of Hurt Locker, a journalist, was on board US war planes with the soldiers when they carried out the operations that were acted in the movie.

It took the Indian cinema 90 years before it could command first roll seat in Hollywood. It need not take Nollywood that long. For one thing, Nigerian movies are the movie of choice in several African countries, partly due to the influence of DSTV's Africa Magic Channel. Nollywood has achieved global recognition, though for quantity rather than quality. Perhaps, this is what the Oscar award this year is telling Nollywood; there's no substitute for a great story.