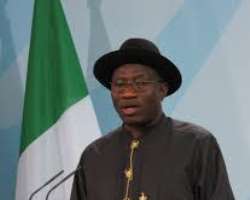 Governor Rabi'u Musa Kwankwaso of Kano, northwest Nigeria has declared President Goodluck Ebele Jonathan as incompetent and incapable to fix challenges of development in the country.

Kwankwaso told northern elders who visited his office that Nigeria is drifting towards calamity because President Jonathan lacks the competence to manage the affairs of the country appropriately.

The governor, during a meeting with the leadership of Northern Elders Forum at the Government House, said despite advice and observations from respected leaders and leaders from within and outside the country on how to put Nigeria on the right track, the presidency has insensitive.

“When we met with the president, as Northern Governors, he told us that the former US Secretary of State, Lady Clinton, told him that as President he has to look at the issue of the North very critically. She noted that there was an imbalance in terms of patronage, appointments and sharing of resources.

“He assured that he was looking at those comments and that was why he was delaying appointments into boards and so on. Since that meeting, we have not seen anything or changes so it is my conclusion that the President lacks the capacity and courage to do the right thing”, the governor stated.

The governor maintained that a situation whereby a section of the country is given priority over other areas is not in the best interest of all, pointing out that it is high time for the Federal Government to be sensitive to what is being felt by the international community.

“We have had enough crises in this country and it is not right to plant seeds for crisis in the future. Look at the North East that was allocated N2 billion in the current budget. N2 billion is what Mr. President allocated to non-APC states for supporting him, while N111 billion was allocated to the South East and South-South. This is not close to fairness”, the governor argued.

He, however, said that his position on current national issues is not premised on religion, ethnicity or sectionalism but stems from the desire to see that every Nigerian, irrespective where he comes from is treated without discrimination, Kwankwaso asserted that it is time for members of the National Assembly to come out and oppose injustice that is perpetrated by the government.

The governor noted that what is happening in the country in terms of poverty, insecurity and joblessness in the North today should not be happening in civilized societies, appealing to the Federal Government to listen to the voices of reason so as to move the country in the right direction.

Kwankwaso also noted that the Northern Elders Forum is one body in the North which has continuously expressed concern over the way Nigeria is being run under President Jonathan.

He pledged to continue to work with all people of good conscience to bring about good governance in Nigeria.

Earlier, in their separate remarks, the chairman of the forum, Alhaji Yusuf Maitama Sule, Danmasanin Kano and his deputy, Wanteregh Paul Unongo explained that they are not satisfied with current political developments in the country, especially as they affect the North.

They said the visit to Kwankwaso was to identify with his achievements and sterling leadership qualities as well as to look at several issues that will bring about responsible governance, unity and even development of the country.