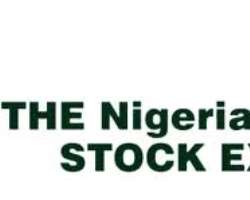 
Nigerian Stock Exchange closed Friday on a positive note after the Christmas holiday on Wednesday and Thursday.