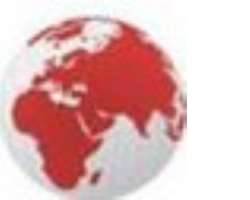 Heirs Holdings Chairman, Tony O. Elumelu (http://www.tonyelumelu.com/), who retired as Group Managing Director and CEO of UBA in 2010 and whose strategic vision is responsible for today's UBA, confirmed that Keshi's appointment would add significant value to UBA's shareholders.

Elumelu said, "Joe Keshi brings to this position a track record of rigorous governance, an international perspective and experience in policy formulation. These qualities are critical to UBA's strategy of consolidating its position as the leading pan-African financial services group in Africa."

He added, “This appointment lays to rest some of the ill-informed speculation relating to my own possible return to UBA. With Heirs Holdings developing an increasingly diversified portfolio, including Transcorp (http://www.transcorpnigeria.com/), as well as Tenoil (http://www.tenoilenergy.com/), Afriland (http://www.avonhealthcare.com/), our real estate business, and Avon Healthcare, leading Heirs Holdings and ensuring that we capture the many exciting opportunities in Nigeria and across Africa, requires my full time attention. I can think of no better person than Joe Keshi to lead UBA.''

Ambassador Keshi has over 35 years of public service, working at the highest levels of government administration in Africa and during his career served as Permanent Secretary, at the Nigerian Ministry of Foreign Affairs; Charge d'Affaires, Embassy of Nigeria, The Hague, Netherlands and Consul-General of Nigeria in Atlanta, USA. Ambassador Keshi was first appointed to the UBA Board in 2010 and became Vice Chairman in 2011. Ambassador Keshi's appointment follows the retirement of Chief Israel Ogbue, a member of the UBA Board since 2005 and who has served as Chairman since January 1, 2011.

Speaking on his appointment, Ambassador Keshi said, “UBA has demonstrated ability for creating sustained value for our various stakeholders. Our pan-African footprint, particularly, gives UBA an extremely effective platform for harnessing and indeed contributing to, the growing economic potential of African markets.”

UBA Group is a significant investment within Heirs Holdings' financial services portfolio and is listed on the Nigerian Stock Exchange. The UBA Group closed third quarter 2013 with operating income of N130 billion and total balance sheet size of N3.03 trillion.

A leading pan-African financial services group with presence in 22 countries globally, UBA has a strong retail franchise providing banking services to over 7 million customers through over 750 branches and other customer touch points in 19 high growth African markets.

Heirs Holdings is a pan-African proprietary investment company driving Africa's development. We are active long-term investors who specialise in building businesses and corporate turnaround. We aim to transform the companies in which we invest and grow them into businesses that last.

We invest in Africa to create value for our shareholders and partners, and to create economic prosperity and social wealth for the continent. Our investments in power, financial services, oil and gas, real estate and hospitality, agri-business and healthcare are helping to build economies, create jobs, drive prosperity and ultimately transform the lives of ordinary Africans in Africa.