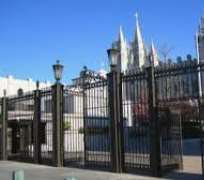 
After Mormon church leaders lifted the ban on blacks in the priesthood in 1978, church leaders offered little official explanation for the reasons behind the ban, saying only they received a revelation it was time for the change.

In the three decades since, members of The Church of Jesus Christ of Latter-day Saints have struggled to understand the roots of the old ban and grappled with how best to respond to questions about the touchy historical topic.

Even as recently as 2012 - when the issue flared up during Mitt Romney’s run for president - the church said it has always welcomed people of all races into the church but that was not known precisely why, how or when the restriction on the priesthood began.

Now, finally, Mormons can point to a new 2,000-word statement posted on the church’s website that offers the most comprehensive explanation of why the church previously had barred men of African descent from the lay clergy, and for the first time disavows the ban.

The statement, posted Friday, says the ban was put into place during an era of great racial divide that influenced early teachings of the church. It pins the prohibition on an announcement from church president Brigham Young in 1852. Perhaps most importantly, it addresses the once widely held notion that blacks were spiritually inferior.

“The Church disavows the theories advanced in the past that black skin is a sign of divine disfavor or curse, or that it reflects actions in a premortal life; that mixed-race marriages are a sin; or that blacks or people of any other race or ethnicity are inferior in any way to anyone else,” the statement read. “Church leaders today unequivocally condemn all racism, past and present, in any form.”

Mormon scholars and church members who have followed the issue closely called it a landmark moment.

“History and changes all happen due to time. This is way past due,” said Don Harwell, a 67-year-old president of a black Mormon support group in Utah. “These are the statements they should have made in 1978, but better late than never.”

Margaret Blair Young, an adjunct professor at Brigham Young University who made a documentary about the untold stories of black Mormons, called the new article a miracle. She said she’ll carry printouts with her to hand out and that she plans to call missionaries in Africa who are often asked about the reasons behind the old ban.

“I’m thrilled,” Young said. “It went so much further than anything before has done.”

Mormon church officials declined comment on the article but said it is part of a series of new online postings to explain or expand on certain gospel topics for its members. Other topics include, “Are Mormons Christian?” and one about founder Joseph Smith’s first visions.

Armand Mauss, a retired professor of sociology and religious studies at Washington State University, said the article is the most comprehensive explanation yet about the past exclusion of blacks from the priesthood and marks the first time the church has explicitly disavowed its previous teachings on the topic.

Mormon scholars over the years have written much of what is in the posting, but it is noteworthy coming from church headquarters in Salt Lake City, he said. He and other scholars were interviewed several months ago by staff from LDS Public Affairs in preparation for the new article, Mauss said, adding that it reflects a “new Church commitment to greater transparency about its history, doctrines, and policies.”

The LDS church has come a long way since the Genesis Group was founded in 1971, said Harwell, who converted to Mormonism in 1983. While he noted that he doesn’t speak for the church, he said he believes the next step is getting more black Mormons into church leadership positions. He serves as counselor to the bishop in his local congregation and can see how that is helping young church members change their perceptions. He didn’t question the timing of the explanation.

“Maybe the Lord just determined this is the time for it to happen,” Harwell said, “that this is when people are going to be able to accept it for what it is.”

Matthew Bowman, an author and assistant professor of religion at Hampden-Sydney College in Virginia, said the posting is being widely circulated in the Mormon blogosphere.

“They were a lot of people really hoping for this,” Bowman said. “Among the Mormon chattering classes, the statement is being taken as a pretty big deal.” AP