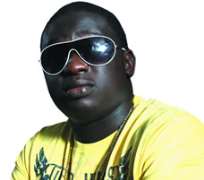 Sunday, March 07, 2010
Wande Cole
Hip-hop star, Wande Coal, will take the stage in the next edition of the TV entertainment programme, G-BAM! Glo Show, which will be on the network belt of the Nigerian Television Authority between 8pm and 9pm on Saturday.

Also on the show will be Andy Cole, a former England international and former star at Manchester United Football Club.

Cole is the second highest goal scorer in English Premier League history and is one of the few players in England to have swept all possible honours in the English game.

In addition to an energy-filled performance before an appreciating studio crowd, Wande will speak of his new deal with Storm Records and his 'collabo' with Banky W, Eldee and others.

This week's episode will also feature excerpts from the Brits Award.

Speaking at an interview at the G-BAM! Studios in Lagos, presenter Illrymz said viewers would be taken on a trip to the world's best vacation spots including the Taj Mahal in India, Sydney Australia and Paris.

'The Andy Cole interview is a must-watch for all lovers of football,' Illrymz said.

'Television audience this weekend will be given the opportunity to savour snippets of Andy Cole's visit to Nigeria, especially his high profile reception at the Civic Centre in Lagos,' he added.