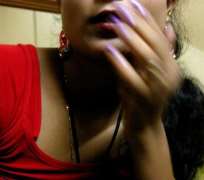 I was with a celebrity and we were discussing this new trend, and a friend also with us was a victim, now it is getting to the extreme, that it is now talked about everywhere, Several people said that it's the girls they refer to as 'runz girls' looking for popularity that started this trend. They would offer movie producers money to feature in their movie so they can refer to themselves as actresses and now it's become a part of Nollywood.

This sounds so weird but it is true. According to our source ,A-list Nollywood actors & actresses get paid for featuring in movies, but if you're an unknown actor struggling to get into the movie industry, some movie producers make you pay to feature in their movies. That's the new trend now.

If you're looking to feature in a movie, all you need to do is pay a fee, no audition is required. For minor roles, these producers demand anything from N50k to N100k...it all depends on the role they are giving you. If you want to play a lead role it's between N500k to N1million. Waka pass people are even made to pay.

The trick some of these producers use is this; they say they are not making money from these movies because people aren't buying them so can't invest all their money in it. They also say finding financiers to pay for the production of a movie is hard, so for these movies to see the light of day, every cast member has to contribute. Thing is, many are eager to pay.