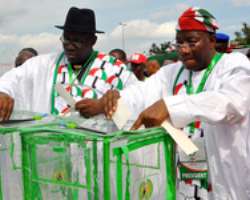 
The Supreme Court has upheld the election of Mr Tony Nwoye as the candidate for the Peoples Democratic Party (PDP) in the November 16 governorship election in Anambra.

Delivering the judgment, Justice Clara Ogunbiyi held that the Court of Appeal in Port Harcourt was right in holding that the Federal High Court in Port Harcourt lacked the jurisdiction to entertain the matter.

“After a careful perusal of the record of the court's proceedings, we so hold that the appellant (Ukachukwu) was given sufficient fair hearing at the Court of Appeal.

“We are equally convinced that the trial court lacked the jurisdiction to hear the case in the first place.

“It is evident from the appeal that the appellant did not challenge the process leading to the election of Tony Nwoye as PDP's candidate for the Nov. 16 Anambra governorship election.

“The appellant has devoted this appeal to challenging the purportedly non-adherence of the third respondent (Nwoye) to the prompt payment of taxes.

“It has, however, discovered that Ukachukwu failed to prove that Nwoye actually did not pay his taxes as at when due.

“Consequent upon the above, the appeal fails in part and Mr Tony Nwoye is hereby upheld as the valid candidate of the PDP in the forthcoming Anambra governorship election.

“The full reasons for this judgment shall be delivered on Jan. 31'', she said.

Ukachukwu had through his counsel, Chief Joseph Daudu (SAN), sought the reversal of the decision of the Court of Appeal which upheld the judgment of the trial court.

Daudu had argued that his client was not given fair hearing in the matter, adding that “the Court of Appeal's decision was one-sided.

“The Court of Appeal did not use our brief of argument to arrive at its decision; we were shut out and that is why we have approached the apex court'', he said.

Daudu had canvassed that the Federal High Court Port Harcourt had the jurisdiction to hear the suit brought against Nwoye by his client.

“At the trial court, we were able to prove that Nwoye failed to comply with the tax law by not paying his taxes as when due in line with the provision of the Electoral Act.

“We urge the court to therefore reverse the decision of the Court of Appeal by staying the execution of its judgment which has bestowed credibility of the nomination of Nwoye as PDP candidate'', he said.

However, Chief Joe Gadzama (SAN), counsel to the National Chairman of the PDP and the PDP, urged the court to dismiss the argument canvassed by Ukachukwu's counsel.

Gadzama submitted that the appellant failed to seek the jurisdiction of the trial court based on the reliefs sought.

According to him, the appellant did not challenge the election of the third respondent (Nwoye) as candidate of the party, but raised question as to whether he (Nwoye) paid his taxes as when due.

“My Lord this is entirely outside the mark; in fact the action has come many days after the election was concluded and candidate announced.

“Before an issue of tax evasion could be raised against Nwoye, it must be ascertained whether my client has an income generating venture.

“The second aspect is that the tax officials must have written to him to inform about the consistent failures in the payment.

“The third and fourth elements hinge on his equivocal refusal and a declaration from the tax office that he has finally failed to pay the taxes, respectively.

“My Lord, none of this has happened and the appellant has not tendered documentary evidence to prove any of these elements.

“I pray the court to dismiss the appeal as it is unmeritorious'', he said.

On his part, Mr Pwul Garba, counsel to Nwoye, aligned himself with Gadzama's arguments.

He, however, urged the court to dismiss the appeal on grounds of incompetence.

Meanwhile, Mr Ibrahim Bawa, counsel to the INEC, told the court that the commission was bound by the outcome of the appeal.