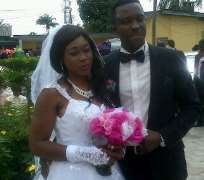 The event was attended by some of his family members in the broadcasting industry as well as others.

The handsome singer, though has not been able to break into the mainstream cadre, despite having the media in his hands, he is said to be doing fine in his own way. He is said to be very busy anchoring some big shows, which pay his bills.