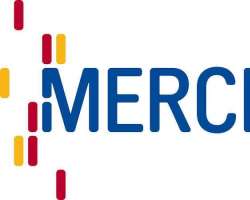 • Donation of six million tablets through the World Health Organization

• Around 15% of the Sudan's population suffers from schistosomiasis

Representatives of the German pharmaceutical, chemical and life science company Merck (http://www.merckgroup.com) and the World Health Organization (WHO) today launched the 2013 campaign to fight schistosomiasis in Sudan. This is the first time that Sudan is benefiting from Merck's praziquantel donation to WHO. All in all Merck has provided WHO with a total of six million praziquantel tablets for large-scale treatment of schistosomiasis in the country. The total value of the medicines is around 2.4 million Sudanese pounds (more than € 400,000). Merck's donation program is a core element of the company's social commitment and a contribution towards improving health care in developing countries.

Schistosomiasis is widespread in Sudan. According to WHO, an estimated 5.8 million people in Sudan – around 15% of the total population – require treatment; the majority of those infected are children. Praziquantel is the only active ingredient with which all forms of schistosomiasis can be treated. Since praziquantel is also well-tolerated, it is also on the WHO list of essential drugs. According to WHO, this therapy is considered the most effective treatment in the fight against this parasitic worm disease.

The distribution of the medicine in Sudan was officially launched this morning in the presence of the Governor of Gezira State, Professor Elzubair Bashir, officials from the Ministry of Health and the German Embassy, as well as representatives from Merck and WHO in the El Mussallamia School in the state Gezira, more than 150 kilometers southeast of Khartoum. During the campaign in Gezira, 17 Administrative Units will be targeted by mass treatment with about 1.6 million tablets. Mass treatment with around 4.4 million tablets will also be administered in many schools in the states of Khartoum, Gedarif, Kassala, and North Kordofan. Depending on their height, the children receive between one and five tablets. In order to effectively fight the disease, treatment must be repeated several times in yearly intervals.

“The Merck Praziquantel Donation Program is an important part of our social commitment to Africa,” says Frank Gotthardt, Head of Public Affairs at Merck and responsible for the donation program. “Since we want to fight schistosomiasis in a sustainable manner, we have committed to maintaining our efforts in collaboration with WHO until the disease has been eliminated in Africa.” In total, 28 million children have been treated to date through the Merck Praziquantel Donation Program. Since 2007, Merck has been providing WHO annually and free of charge with up to 25 million tablets containing the active ingredient praziquantel. In the medium term, the company will increase that number tenfold to 250 million per year. The donation commitment for the entire continent is worth around €17.2 million Euros (over 102 million Sudanese pounds) per year.

The Under Secretary of the Federal Ministry of Health, Dr. Isam M. Abd Allah, welcomed the Merck donation, stating: “After malaria, schistosomiasis is considered the most prevalent tropical disease in Africa. This worm disease is also widespread among children in Sudan. Merck's commitment not only helps infected children, but also supports our public health care system.”

Dr. Dirk Stockhausen, chargé d' affaires of the German Embassy in Khartoum, welcomed the donation by the German company Merck as an excellent example of cooperation between private business, WHO and Sudanese federal and state authorities.

Anshu Banerjee, WHO representative in Sudan, said: “The World Health Organization has set itself the goal of controlling or eliminating neglected tropical diseases, among them schistosomiasis, by 2020 in order to improve and save the lives of hundreds of millions of people around the world. Therefore, we welcome every sustainable initiative that supports our efforts in the fight against tropical diseases.”

Distributed by the African Press Organization on behalf of Merck KGaA.

More information on the fight against schistosomiasis is available at:

Schistosomiasis is the second most prevalent tropical disease in Africa after malaria. It is estimated that more than 200 million people are infected, around 200,000 of whom die in Africa every year. This chronic, parasitic disease is transmitted by flatworms. It is widespread in tropical and subtropical regions where poor populations have no access to clean water and sanitary installations. People contract this disease via the worm larvae that live in freshwater, while doing activities such as working, swimming, fishing, or washing their clothes in lakes and ponds. The miniscule larvae penetrate human skin, enter the blood vessels and attack internal organs such as the liver, colon, spleen, or bladder.

All Merck Press Releases are distributed by e-mail at the same time they become available on the Merck Website. Please go to www.merckgroup.com/subscribe to register online, change your selection or discontinue this service.

Merck is a leading pharmaceutical, chemical and life science company with total revenues of € 11.2 billion in 2012, a history that began in 1668, and a future shaped by approx. 38,000 employees in 66 countries. Its success is characterized by innovations from entrepreneurial employees. Merck's operating activities come under the umbrella of Merck KGaA, in which the Merck family holds an approximately 70% interest and shareholders own the remaining approximately 30%. In 1917 the U.S. subsidiary Merck & Co. was expropriated and has been an independent company ever since.