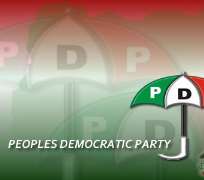 SAN FRANCISCO, August 04, (THEWILL) – The Peoples Democratic Party (PDP) has described as "inhuman, abominable and callous", the arrest, detention and eventual deportation of 72 indigent Nigerians by the All progressive Congress (APC)-led government of Lagos state, which dumped them at night at the Upper Iweka Bridge in Onitsha, Anambra State.

Acting National Publicity Secretary of the PDP, Barr. Tony Caesar Okeke in a statement said the recent deportation of Anambra state indigenes from Lagos in violation of their constitutionally guaranteed rights to reside in any part of the federation, betrays the wickedness of the APC-led government and shows the party as that of bigots with the agenda to promote sectionalism and stoke the fire of division among Nigerians.

The Lagos State Government has since denied that it deported 72 persons of Igbo origin.

The PDP lamented that many of the deportees were unjustly arrested and detained for several months in detention centers before being deported. The PDP said the action of the APC-led Lagos state government is an indication that the APC is an insensitive party that is not interested in national unity and cohesion.

It said, "In making helpless Nigerians refugees in their own country, the APC has shown the kind of inhumanity and wickedness that will be meted out on the people" if it is elected into government at any level.

"The leadership of the Peoples Democratic Party (PDP) has observed with dismay the recent dehumanization of innocent Nigerians by the All progressive Congress (APC)-led government of Lagos state.

"The state government under APC Governor Babatunde Fashola, in the most dehumanizing manner, hounded innocent and helpless Nigerians legitimately living in Lagos state and hauled them out of the state like trash just to dump them at night at the Upper Iweka Bridge in Onitsha, Anambra State.

"It is public knowledge that these innocent Nigerians were picked up in different locations, detained in different detention centers created by the Lagos state government where they underwent diverse kinds of dehumanization before their deportation. This is apparently responsible for the death of one of them last Saturday. The blood of the dead and that of any other person that dies as a result of this cruel treatment is in Fashola's hands and no amount of excuses will erase this.

"This inhuman, abominable and callous action directly contravenes the Nigerian constitution which in Section 15.3 (b) guarantees full residency rights for every citizen in all parts of the federation".

"In flushing out these innocent Nigerians like illegal immigrants, the APC has shown that it is a party without the milk of human kindness; a party without love; a party with sectional agenda which is not interested in promoting national unity, cohesion and mutual love among Nigerians.

"This is indeed a signal; a tip of the iceberg of what to expect from the APC which has started showing its true colours as a party of sectional bigots who have no respect for human dignity, constitutional rights and lacking every sense of brotherliness and national spirit.

"It is indeed appalling that instead of apologizing to Nigerians, the APC and its government in Lagos state has remained unfeeling and are even trying to justify this wickedness which has been widely condemned across the country.

"Nigerians can now see that those who have been parading themselves as messiahs are indeed the real monsters who will ultimately trample upon them without mercy if allowed to hold power at any level in 2015. What else would one expect from a party whose proponents have the coldheartedness to haul fellow citizens like cattle and dump them at a place like Upper Iweka Bridge in the middle of the night?

"We reject the excuses offered by the APC which arrogated itself the powers of the court and branded innocent and helpless citizens, miscreants and criminals; detained and deported them on the ground that it was in the interest of Lagosians.

"It is the height of hypocrisy that Lagos state receives with thanks the taxes of all Nigerian citizens resident in Lagos irrespective of state of origin but then turn around to reject and dehumanize them in their time of need."

The PDP urged Nigerians and all lovers of the country to note the actions of the APC led government and ensure that the party is not voted for at any level in the country.

It said, "The nation risks being balkanized if APC is allowed anywhere near the government at the center."

Noting that "no PDP controlled state has ever engaged in such an unconstitutional and detestable act", the ruling party said it remains the only true national party capable of securing national cohesion and protecting the rights and interest of all Nigerians at any time and place.

It assured Nigerians that they are free to reside and engage in legitimate businesses in all PDP controlled states adding that the PDP will continue to be committed to the welfare of all Nigerians, irrespective of political affiliations and state of origin.