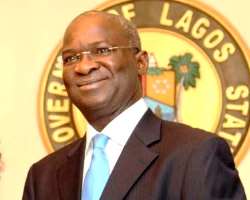 SAN FRANCISCO, August 03, (THEWILL) – Lagos State Governor, Mr. Babatunde Fashola has opened up on the alleged deportation of 70 persons of Igbo origin from Lagos to Anambra describing the report as misleading, inaccurate and a misrepresentation of facts.

Mr. Fashola also chided the Anambra State Governor, Mr. Peter Obi, over what he described as his hasty reaction to media reports on the alleged deportation while also accusing the governor of “being economical with the truth and deliberately seeking to mislead or unaware of the actions taken by his officers.”