HON. AKEEM AIYEDUN AND THE LEGACY OF AN INDELLIBLE IMPRINT 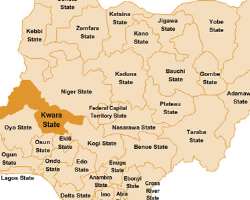 Memories are one of those cherished faculty by which humans deployed to retain and retrieve events of past experiences. In the last couple of years, not too many events in the positive realm have shaped our thoughts and left a lasting impression as it was the case before the economic abyss which consequently had an overture on the budget and resource allocation sharing needed to bring about economic growth.

In spite of the global upheaval and the outcry of a strain in the nation's treasury, history has, and will always continue to be kind to those expending fewer resources at their disposal to bring about meaningful impact that both the young and aged can identify with.

Penultimate weekend, Barrister, Hon. Akeem Aiyedun, the House of Representative member of the National Assembly representing Ekiti/Isin/Oke-Ero /Irepodun Federal constituency of Kwara state inspired hope on his central austerity measures he promised the people while seeking their mandate to bridge the gap between the haves and the have nots, thus restoring hope and giving the people of his constituency a new lease of life with the donation of items worth millions of Naira.

Youth unemployment and restlessness have been increasing geometrically as the population continues to soar higher; elective office holders are being placed under pressure more than ever to deliver the dividends of democracy in record time. The neglect and rot in infrastructure and human capacity building experienced over the decade explains the agitation and frustration of youth to demand for fair representative where they can be at the forefront to measure the impacts of-the so called transformation agenda.

In Kwara for Instance, her population is estimated to be in excess of 2.4million people which accounts for about 1.7% of the country’s total population. It also means that a sizeable number of this figure is predominantly made up of the youth ages 15 to 40 years. This, no doubt confirms how worse hit the youths are when it comes to scaling the unemployment curves index. Building on the nexus of activities similitude to that of the Kwara State government, Hon. Akeem Aiyedun on his experience as a legal practitioner and the former Chairman of Isin Local government Area where he held sway as the Youth Employment Coordinator, it is much less a surprise that he has mastered the art of creating skills for young people who often encounter difficulty in making themselves employable and creating value to become employers of labor.

Honorable Akeem Olayinka Aiyedun in his quest to bequeath one of the best legacy a leader can bestow on the electorate to empower its citizenry and reduce mass suffering donated various empowerment tools such as Motorcycles, motor vehicles, hair dryers, grinding machines, clippers, generating sets, sewing machines for young entrepreneurs and as well as cash reward for business start ups. He hinges his gesture on the need for the youth to gain knowledge useful to the society through formal and informal education as the only way to bring about transformation in all facets of our endeavours. The accolades that greeted the occasion and the youth turnout confirms their acceptance of his leadership in their various wards as promises of more hope were reignited.

Conversely, In a rent seeking economy like ours where personal gain is placed above the love of country and people get away with a lot of anomalies, the need to be accountable to one's clan became a less monotonous. Given the leadership pattern inherited in the state from the former governor of Kwara State- Senator Bukola Saraki, and the establishment of structures where electoral processes give room for credible leaders to emerge, Hon. Aiyedun has finally raised the bar and set a precedence that will be hard to erase from our memory.

It is important, to note that the above initiative may not have benefited every youth within his constituency, however, it is an indicator that leadership with the people in mind can have a far reaching effect on a fraction of the population and subsequently a larger number should the precondition for good governance and social-economic structures sustained with an effectual monitoring mechanism to gauge performances.