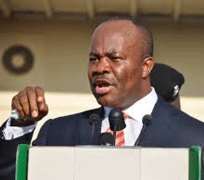 Akpabio, who stated this yesterday when the Consul-General of French Embassy in Nigeria, His Excellency, Francoise Sastourne, paid him a courtesy visit at the Governor's Office, Uyo, noted that 'if we have a Nigerian-French hospital in Uyo, that on its own means that there's a lot of co-operation between Nigeria and France.

'We can find a way to partner in the major referral hospital that we are constructing at Itam, and that can assist us in terms of medical tourism. Majority of our people are actually going to India for medical treatment. If we have Nigerian-French hospital, we will save foreign exchange and then medical tourism between the two countries would be encouraged.'

Governor Akpabio hinted that Akwa Ibom government was looking for investors to partner the state in such areas as Ibaka Deep Seaport, distribution of power generated by Ibom Independent Power Plant, and Akwa Ibom International Airport, stating that 'we also need French investors to take interest there.'

He commended France for its contribution to the restoration of peace in Mali and for its investment in the West African region, saying 'I must say that between France and Nigeria, the relationship must be deepened. Let's improve our economic assimilation.'

Earlier, the Consul-General, Mr. Sastourne, who had described the development in Akwa Ibom as extraordinary, holistic and touching all aspects of the society, noted that 'it is something that is recent, it is high quality, and it has been done with a vision - the vision of developing the state holistically.'